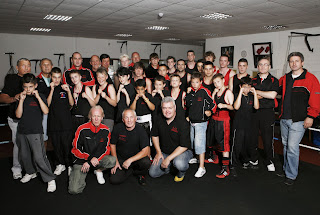 On Sunday 12th July the Cheshunt Boxing Club were the host of a spectacular presentation and fundraiser event.
The day consisted of a variety of things, the main event being the presentation of all the achievements the boxers had made throughout the season. The awards given and the boxers were:
Boxer of the year was awarded to Jacob Peterson who is now rated second best in the country at his weight
Best Senior Boxer awarded to Dave Leo who has had a great season
Most Improved Junior award which was given to James Boswell who also ended the season with a bang winning his last bout
Most Improved Senior whish was awarded to Joe Cross who also had a brilliant end to the season
Best Schoolboy Boxer which was given to Stanley Aston who became mini minors home county champion this season
The Tom Flinn award was given to Alfie Best who also became a mini minor home county champion this season
The John Darcy award was handed to Scott Dawson a dedicated member of the Cheshunt squad
The Charlie Bliss Most Outstanding Boxer was awarded to Hadleigh Jalil who has been tremendous all season winning many of his 8 bouts.

Also Cheshunt club captain Phil Gill handed over his jacket to Dave Leo who plans top live up to the legacy of the club captain role. Dave Leo, 26 has been with the club 5 years now having represented the club 24 times and making the Senior Class A Novice finals early on in his career. When asked about his thoughts regarding his new role as club captains ” I am very proud to be selected as the new club Captain and very much looking forward to the coming season. The club has gone through a transitional stage the last few years and now has the potentail to start winning honours. I am very excited and will be there to help encourage the boxers to fulfil their potential”. Dave went on to thank all the people who help support the club and wanted to particularly thank Ron Walton who has coached and been by his side all the way to get him where he is.

Among friends and family there were famous faces on the day one of which was Ashley Sexton currently undefeated pro boxer also Phil Gill who not only used to box for Cheshunt and be their club captain but is now a pro boxer who is undefeated and Dave Parrish a highly recognised international referee. All of which were handing the boy their awards.
The day was not only dedicated to the presentation, infact the day consisted of a fundraiser dedicated to a young man named Paul Paddock, who used to box for the Charlie bliss boxing academy and the days event manage to raise over £2000 for Paul and his family.
A big thank you to all the coaches who have been working hard throughout the season with the boys and to everyone for making a great event a great day!
Supplied by. Dave Leo