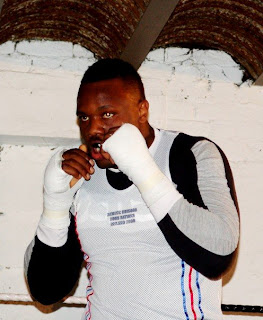 With Sam Sexton pulling out of the British heavyweight championship fight with Danny Williams, unbeaten prospect Derek Chisora gets an unexpected opportunity to gate crash the British heavyweight scene on the 13 February at Wembley Arena.
Sexton, the Commonwealth heavyweight champion, suffered a hand injury in training forcing him to reluctantly pull out of next month’s fight.
The Zimbabwe born Chisora had been due to meet Williams last year but was banned for four months and fined £2,500 after biting Leicestershire’s Paul Butlin‘s left ear in an heated rematch between the pair on the 22 May 2009 at the York Hall in Bethnal Green.
Derek “Del Boy” Chisora who holds a win over Sexton, returned from his ban in October to stop Georgia fighter Zurab Noniashvili in the eighth round, and was to face Matt Skelton on the undercard, for the Southern Area title, but now finds himself promoted to the main event and a dream fight with Williams for the Lonsdale belt.
“I wasn’t expecting to get this chance, but I’ll take it with both hands,” added the  26-year-old Chisora, from Finchley, London who is unbeaten in 11 fights, winning six inside the distance.
“It was my own fault that the fight with Williams didn’t go ahead, and I’ve been kicking myself ever since,” said Chisora. “I wasn’t expecting to get this chance, but I’ll take it with both hands.
“Williams is a dangerous fighter but I’ll face anyone Frank Warren puts in front of me. This is a massive opportunity to really make a statement and become the top man in Britain.” he added .
Williams who will retire after this next fight win, lose or draw, and as said he would go out in style against Sexton, and leave the his ring career in a blaze of glory, putting it all on the line in a war, a change of challenger in Chisora makes no differance to his fight plan.

“Chisora has got a reputation as a biter, but then so did Mike Tyson and look what happened to him,” he said. “I don’t care whether I fight Sam Sexton, Derek Chisora or King Kong, I’m going to war one last time and I’ll put it all on the line.”

The 36-year-old from Brixton, who has lost two of his three last fights, will call time on a 15-year professional career, admitted recently he was past his best, and that his next fight will be his last.
Williams will always be remembered for his stunning fourth-round victory over former heavyweight king Mike Tyson in 2004. 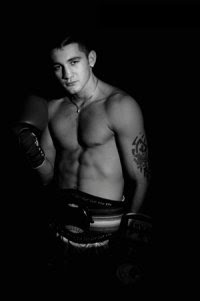 In another unexpected move, British and Commonwealth champion Nathan Cleverly will challenge for the European light-heavyweight title against Antonio Brancalion, after the Italian’s promotional team couldn’t stage the fight.

The Welsh star is looking to fight for a world title before the year is out, and this fight will go some way to reaching that goal.

The very impressive Cleverly as come through the ranks and in winning the British and Commonwealth titles and now has the chance to add the European crown to that collection.

When he eventually does get a World title shot, he will have done it the old fashioned way, and how it should be done, learning the trade as you go along, stands fighters in good stead, when they reach the pinnacle, a world title shot against the true champions.

The undercard also sees the return of James DeGale and Frankie Gavin, although sadly Billy Joe Saunders will be absent after failing to recover from a hand injury.

The Beijing Olympian has not recovered sufficiently after damaging his hand in his points win over Lee Noble in December to take to the ring so soon.

Speaking about his injury to the Welwyn Hatfield Times earlier this month Saunders admitted he had not been able punch in training due to the problem, but had been hopeful of being fit enough for the London show.
By Chris Maylett – Email Author