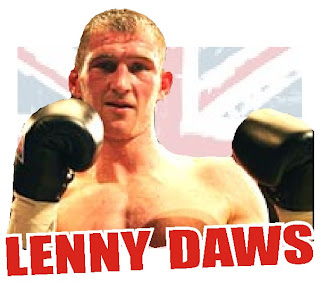 Lenny Daws defends his British light-welterweight title against challenger and former European lightweight champion Jason Cook, tonight at the York Hall, Bethnal Green.
Jason Cook 35 who actually retired 2005 and has fought just 10 rounds since a 2009 return said;  “Training’s gone brilliant, I’ll be in the shape of my life.”
“I’ll be 35 soon but age doesn’t mean anything, look at Shane Mosley and Bernard Hopkins,” said Cook.
“I’ve done 12 rounds of sparring or 14 rounds of pad-work some days and still left the gym feeling good. I feel rejuvenated.” 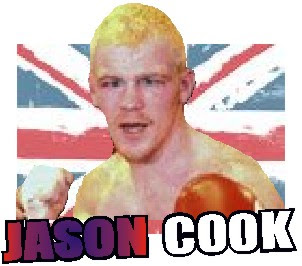 Cook who won the  Commonwealth Games silver medal in 1994, had spent 15 month’s in prison, since re-launching his career, taking part in Prize fighter where he lost to Gavin Reece.
Lenny Daws 31, will be making the first defence of the title he won by beating Scotland’s Barry Morrison last September. It is his second stint as champion, having lost to Morrison in his first defence in 2007, the only loss in 22 fights in a seven year career.
Daws is aware of Cooks punching power and says he will be looking to take Cooke into the later rounds, which he feels his his territory and where he will win the fight.
“He can whack a bit and he’s going to come and have a good go and try and get me early, but as it goes into the later rounds, I definitely think it will suit me,” said Daws.
Our Preditction? Daws on Points. Live on Sky Sports 1 – 10pm
Fan Prediction? and Lenny Daws talks about the fight with Steve Bunce.