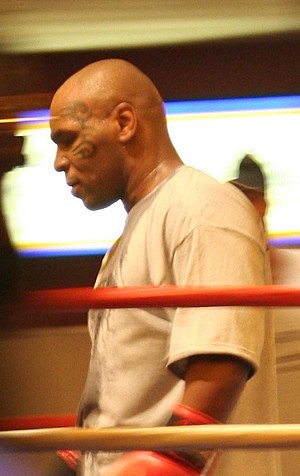 Former world heavyweight boxing champion Mike Tyson is to visit Bradford for a fundraising event in memory of one of his fans.
Qasim Rehman, 22, of Cullingworth, who had idolised Tyson, died suddenly two years ago. He had been due to drive the boxing star around Manchester just after his body was found in a field off Stocks Lane, Clayton Heights.
His father, Bradford businessman Fazal Rehman, has financed the visit, part of a week-long tour of the UK by the boxer.
“Qasim was a big sports fan,” said his father. “He loved boxing and he loved Mike Tyson. I thought I would take the opportunity as Mike Tyson was in the UK and had never been to Bradford to bring him here.
“It gives us an opportunity to raise some money for charity and bring an A-list celebrity to Bradford.”
The boxer, the self-proclaimed Baddest Man on the Planet, will start his visit to Bradford on Saturday, July 17, by opening a gym near Thornton Road owned by Bradford boxer Nadeem Siddique, before attending the event at the Abundant Life Centre. The event will include a question-and- answer session, an auction, a three-course meal and talks by five other speakers.
World champion boxer Johnny Nelson, Bradford boxer Junior Witter and Alec Alan, who opened Bradford’s first amateur boxing club, will also be there.
Proceeds will go to charities including Bradford’s Marie Curie hospice and the Beating Hearts in Bradford Appeal. By Hannah Baker www.thetelegraphandargus.co.uk
For tickets, contact Bradford City Central Office on 0845 644 3737 or 07901 252868.