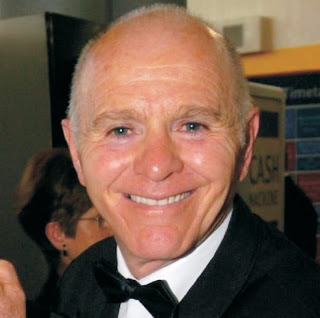 BRENDAN Ingle, the grand old man of Sheffield boxing, turned 70 years old last month. But the architect of almost all of the city’s boxing successes isn’t about to start taking it easy.
The man named as one of the top 10 boxing trainers of all time by the prestige Ring Magazine has no intentions of hanging his gloves up.
After producing three world, five European, 12 British and three Commonwealth champions, he feels he has at least another decade in the game and is working on the next batch of title holders.
Undefeated British welterweight champion Kell Brook, heavyweight prospect Richard Towers and super-bantamweight Barry “Kid Galahad” Awad are all aiming to follow in the footsteps of Sheffield’s finest: Naseem Hamed, Johnny Nelson, Clinton Woods and Junior Witter.
Despite growing domestic commitments – he has a wife of 49 years, Alma, three sons, two daughters and 11 grandchildren- Ingle has never lost his appetite for his other family – the boxing community.
He still insists his greatest success story was former WBO cruiserweight world champion Johnny Nelson.
“Johnny came into the gym a gangling 15 year old and everyone said he would never amount to anything; that gave me the incentive to help him as much as I could and the rest is history,” he said.
“Unbeaten in the last 10 years of his career, successfully defending his title 13 times before retiring undefeated as champion. Now he’s a successful commentator on Sky.”
He still endorses Sheffield as a “great place to be for boxing”, adding: “Outside of London we have probably produced more champions than any other city.
“Clinton revitalised the city’s boxing scene during his reign as light-heavyweight champion while Hatton Promotions ran a great show here in May and the fans turned out in force. Hopefully now we will see bigger shows being staged here.”
Ingle can still be found in his Wincobank gym putting his devotees through their paces.
“We get 50 to 60 kids in here every afternoon from every walk of life, and no matter what race, religion or belief they are all welcome” he said.
“They train alongside the professionals and amateurs, which in turn builds confidence and discipline; it’s a terrific atmosphere.”
Much has been written over the last 50 years about the Dublin-born boxer who came over to Sheffield in the 50s, even more about the Newman Road gym and the fighters it has created. The 80s saw Herol Graham packing out the City Hall and the 90s witnessed Naseem Hamed filling Sheffield Arena.
But the old timer has still to pen his autobiography.

Ingle, who had a health scare a decade ago when potentially cancerous growths had to be removed, said: “It’s finding the time to do it, and some how the story never seems to end, I think I am going to be around forever …….”  By Bob Westerdale