Derry on course for comeback 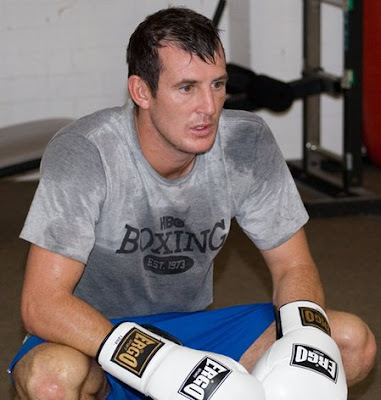 Derry Mathews is well into training for his ring return on July 17th at Fit City gym in Salford, Manchester.
The 26 year-old for former World Featherweight Champion takes on an as yet un-named opponent on the Salford bill in what will be his first fight since announcing his retirement after his November loss to Scott Lawton.
Easing back gently, Derry will box a four rounder in the hope of getting his sharpness and fitness back and eventually moving into British championship class in the near future.
Mathews has been commuting to Manchester for his daily routine with new trainer Oliver Harrison, who has the task of getting Derry in tip top shape for his Fit City fight.
Derry’s fight is one of eight confirmed so far with unbeaten pro’s Danny Randall and Lee Cullen also pencilled in.
Tickets are still available for Derry’s 17th July fight but are now in short supply.
Call 07818 822522 for details.