Prizefighter returns with an heavyweight feast

The next installment of The Prizefighter series will see a welcomed heavyweight clash of past and presents, looking to ignite there respected careers and leap frog into a title contention. 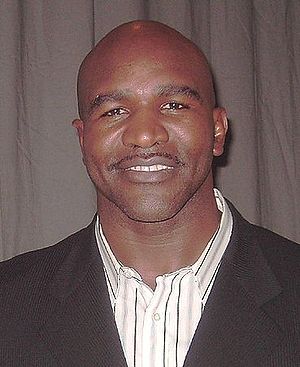 Former heavyweight champion Evander Holyfield helped draw out the names for the tournament that will take place at the York Hall on October 9th and will include Kevin McBride, Matt Skelton and Michael Sprott.

There is still one place left open in the eight-man field for the event, with a wildcard to be added at a later date.

McBride – nicknamed ‘The Clones Colossus’ and the last man to beat Mike Tyson – will kick things off in Bethnal Green against Michael Holden.

Sprott will be back in the ring for the first time since he lost out to Audley Harrison, the winner of Prizefighter Heavyweights III, in his bid to win the vacant European title last year.

The 35-year-old from Reading will take on Danny Hughes before Skelton completes the quarter-final stage with a fight against Ali Adams.
The second contest will see Carl Baker – the conqueror of Danny Williams in the last Prizefighter – take on the as-yet unknown wildcard.
Holyfield claims he is a fan of the three-round format to the tournament meant the fans can expect to see some fireworks from the very first bell.
“When you have three rounds you don’t have time to try and extend the game – you can just go out and give your best. It is almost like an amateur fight,” said Holyfield.
The Draw:
Kevin McBride v Michael Holden