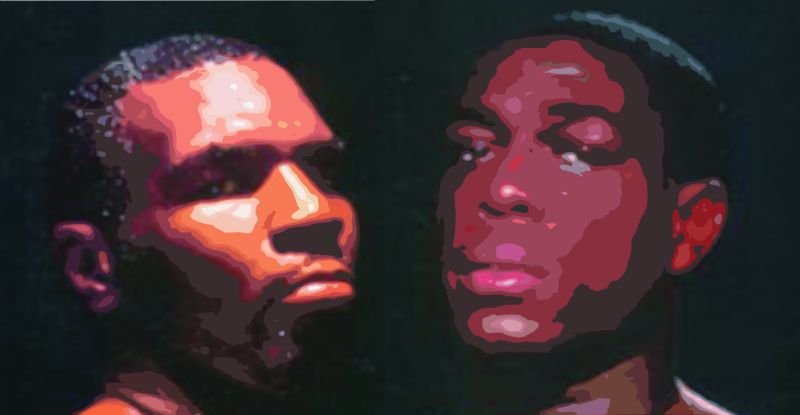 It was Saturday 25th February 1989 when Britain’s Frank Bruno stepped into the ring with the unbeaten fearsome heavyweight thrashing machine Mike Tyson.
The fight had been called off on numerous occasions and a date had actually been set for the fight to take place at Wembley Stadium on 8th October. But with Tyson’s life at the time in turmoil with the breakdown of his marriage and apparent suicide attempt, Bruno was made to wait for his challenge until February that following year, the new destination, The Hilton Hotel in Las Vegas.

The fight had been a massive challenge by the promoters to put together, and at times it looked like it just wouldn’t take place.If there was a fight at that time I wanted to see it was this one.

Frank was a national treasure, loved by everyone. He found a special place in the heart of the British public that used to be reserved exclusively for Henry Cooper.

An funny honest, but vulnerable and unassuming man, we all wanted Frank to do it, although at the time British fight fans were mesmerised by Tyson, and any fan worth the salt, was a fan of his.

We felt we were sending Frank into the arena with a lion, and I remember the common talk was that, “We want Frank to win, but he won’t, and we just hope he gets passed the first round.”

With everyday that went by building up to the fight, the newspapers were taken over by Bruno mania. Boxing was still mainstream TV and the country was gripped by the enormity of this fight. The papers were printing double page spread posters for the country to put in there windows in support of Bruno, it was boxing party time.

Bruno took an army of fans across the pond to Vegas, with similar scenes to Ricky Hatton’s fights over there in recent times. The British fans made themselves heard!

So after a year of postponements the fight WAS ON!, and there was no going back, no more postponements, because now they stared at each other across the ring, as the seconds got out and Mills Lane called time, never was I more nervous for a boxing match as I was for this.

The bell sounded and can you believe it? its Mike Tyson v Frank Bruno, it is happening, please Frank get through the first round……