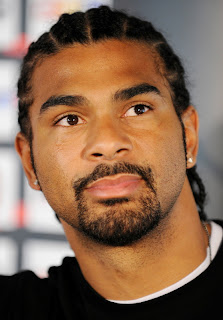 We agreed to a date of July 2nd at a venue in Germany with both Sky Sports and RTL and everybody appeared happy with the deal, We made a few concessions to remove past stumbling blocks and were happy to do so, as it finally looked like the fight would get made.
Even through negotiations, though, it was clear Wladimir was looking for the coward’s way out. He would often come up with new obstacles and problems to overcome, and I never once sensed he fancied it.
He refused to come to England, wanted to pick his own gloves, enter the ring second, box out of the red corner and demanded a German doctor. He also wanted his name to feature first on any promotional material ahead of the event. We bowed to each and every one of his demands. I didn’t want to potentially jeopardise anything this time around.
It should never have come to this, I was available to fight in May and June, yet Klitschko only gave me dates of April 30 and July 2. The April date would be too close to Amir Khan’s next fight, and prove problematic with Sky Box Office, so we settled for July.
Klitschko claims he’ll fight both me and Chisora, but it’s nonsense. Are we expected to believe that a fighter who competed only once in the whole of 2009 and twice in 2010 is now going to box twice in a matter of nine weeks? A bout with me is the most lucrative, meaningful and dangerous fight Wladimir’s ever had, not some throwaway tune-up. Wladimir won’t fight anybody nine weeks after Chisora, let alone me.
I now need to look for a fight of my own beyond April, as Amir Khan has that month tied up with his bout. Presumably Wladimir is expecting me to fight in either May or June and then face him in early July. It’s ridiculous.
They demanded 50:50 right from the start and we eventually agreed and gave them all they wanted, despite the fact that our side brought three times as much money to the overall pot.
We had venues available for May and June, but Wladimir had no intention of ever coming to England. Unfortunately, he claimed he had no venues available in Germany for May and June and that’s why we find ourselves in the situation we’re in right now.
If the fight doesn’t happen now, it never will. I’m done with the Klitschkos. I know I can retire later this year with my head held high, knowing I did everything in my power to make these fights happen. I’ve had defining fights and beaten the best in the world as a cruiserweight, but, without me, Wladimir can never say he’s done the same as a heavyweight.”