Haye says Klitschko must cancel Del fight or else 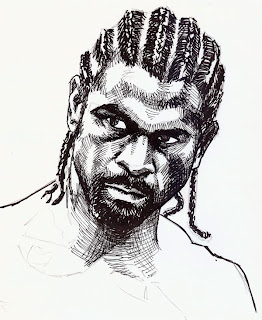 David Haye has dismissed Wladimir Klitschko’s claims that they are to fight on July 2nd, and insists that Klitschko must cancel his fight with Dereck Chisora or else a fight between the two champions will not happen.

The Ukrainian has said once he has defended his title against British champion Chisora on April 30th, he is then willing to face Haye nine weeks later. But Haye believes that there is no way Klitschko will fight twice in that time.
“Klitschko claims he’ll fight both me and Chisora, but it’s nonsense. Are we expected to believe that a fighter who competed only once in the whole of 2009 and twice in 2010 is now going to box twice in a matter of nine weeks? said Haye.
“A bout with me is the most lucrative, meaningful and dangerous fight Wladimir’s ever had, not some throwaway tune-up. Wladimir won’t fight anybody nine weeks after Chisora, let alone me.
“We haven’t signed for anything, I cant physically wait until July 2nd, because I have to fight my mandatory challenger. said Haye.
“We had agreed all terms, then the last thing he said was, ‘he is going to fight Dereck Chisora’ So that’s it, once he said that the fights off.
“Then he does this trying to save face or something, saying im going to fight you on July 2nd – Its impossible to happen on that date.
“We all agreed that David Haye and Wladimir Klitschko would fight, and once he agreed that we would then get the WBA – which is my title belt, to put my mandatory challenger on hold, because I’ve got this super circumstance where I’m having a unification fight. 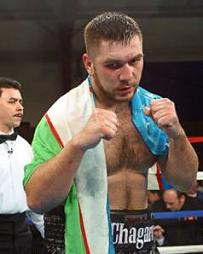 “Now that he has chosen to fight someone else I cant do that, Ive now got to fight my mandatory challenger Ruslan Chagaev (left), otherwise I get my title stripped off of me.”

Haye wants to fight Klitschko in July but says the only way that will happen now is if he cancels his non mandatory fight with Londoner Chisora first.
“We had agreed the money, the stadium, the TV Networks, we agreed he comes into the ring second, we’ve agreed all these things that hes asked us to, and now he has chose to fight someone else, which effectively makes that fight impossible to make for July 2nd.” added Haye.
By Chris Maylett