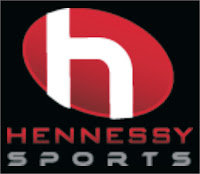 Hennessy Sports have won the purse bids for the highly anticipated all British and European title fight between Darren Barker and Matthew Macklin.
Earlier today in Rome they outbid both Frank Warren and Double “A” Promotions (Andy Ayling) to stage the fight under their banner.

I’m delighted to announce that Hennessy Sports have won the rights to stage this well talked about mega fight and as per EBU rules we will be announcing the date and venue for this contest within the next 2 weeks.” – Promoter Mick Hennessy 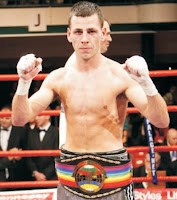 Darren Barker was commended by a judge for his bravery after intervening in the violent assault of a man, by two others during the summer.

The events unfolded during the world cup games on Watford Street, after watching the England vs Slovenia game, the boxer then headed with a friend to a Subway to get something to eat.

It was outside whilst sitting at a bench that the assault on the man was carried out by the other two. Barker intervened to stop the attack, but was set about by up to TEN other men, who were friends of the attackers.

Barker was knocked to the floor and repeatedly kicked in the face and head. The resulting damage included over a thousand pounds worth of dental work to the brave boxer.

The three men of the gang who the courts managed to find guilty were lucky to avoid custody and have all been issued with curfews and ordered to pay Barker £500 compensation. After commending Barker’s bravery the judge awarded a further £250.

Iain Hughes (aged 22), Jake Simmons (20) and Lloyd Osborne(25) all from Watford, admitted being guilty of affray.

Barker, who withdrew from the Matthew Macklin defence of his European title, later relinquished the belt to the challenger.