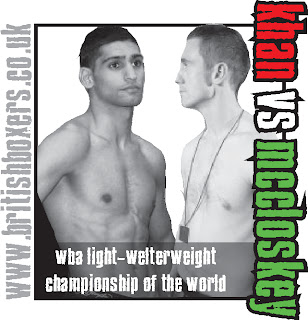 Khan had made it clear that McCloskey was his preferred opponent for his homecoming fight, but an initial offer was labelled a “joke” by the McCloskey camp. The fight then appeared to be off, with the likes of John Murray, Junior Witter, Kell Brook and Lamont Peterson all being mentioned as possible foes.
However, Khan has now confirmed he will take on European light-welterweight champion McCloskey, before going after Timothy Bradley in a unification bout later this year.
“I am delighted that this fight has finally been put together following some tough negotiations,” Khan said in a statement on his official website. “This is a matchup the British public want to see and will be a fantastic fight between two of the best light-welterweights in the country.”