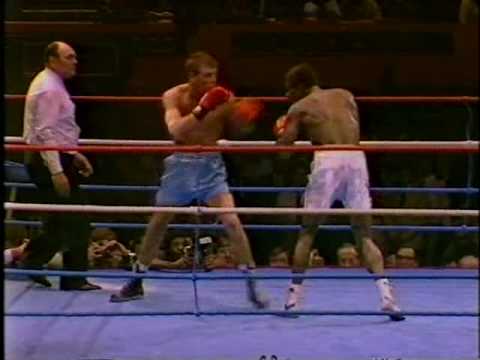 British BoxersApril 16, 2011
Classic Fight VideoLATEST BOXING NEWS0 Comments1 min read
It was bonfire night November 5th 1985 when former amateur star Erroll Christie and Mark Kaylor the former British and Commonwealth champion, produced a night of fireworks that had the British public enthralled, in this highly anticipated British middleweight title eliminator.
Coventry’s Christie, seemed destined for illustrious professional career after his amateur exploits, while West Ham’s Kaylor was a heart on sleeve battler but had lost a British, European and Commonwealth title challenge to Tony Sibson the previous year.
There was certainly no love lost between the two boxers and they had traded punches outside a London pub and again came to blows at the final press conference and the atmosphere on fight-night was explosive, with fireworks being set off outside the ring as well as in it.
Both men hit the deck in the opening round and Kaylor was floored again in the third, the fight took some more twists and turns before the outcome! find out who won this British Boxing Classic. Commentary by the late great Harry Carpenter.