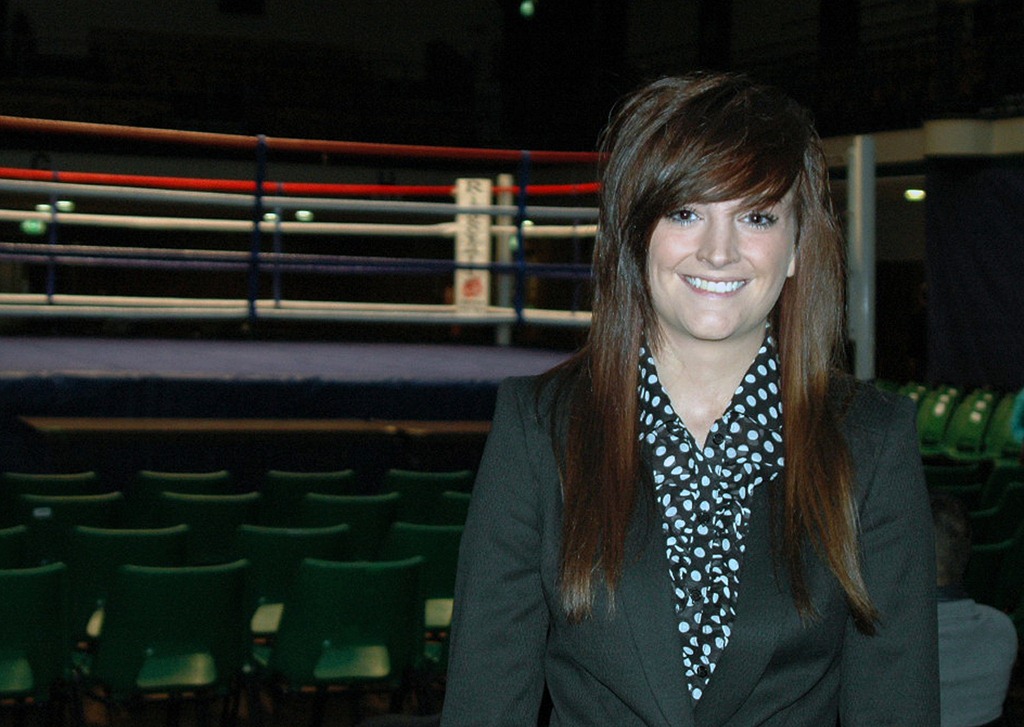 Rio Di CaroApril 11, 2011
InterviewLATEST BOXING NEWS0 Comments11 min read
Boxing is predominately a male domain, especially in the UK, but over the past few years the fairer sex have slowly but surely been making their presence known.
Following a highly publicised court action in 1998, against the British Boxing Board of Control, by Jane Couch Female boxers were finally able to complete in the paid ranks. Ms. Couch then went on to win numerous titles and is now a successful coach, manager and promoter.
In recent years London boxers and boxing fans have been treated to some excellent shows by another pioneering lady – Miranda Carter – who has earned an enviable reputation for her superb well matched Sunday afternoon York Hall events.
More recently, in fact just last month, another young woman was granted her professional promoters license by the BBBofC, and young is the appropriate term as the UK’s newest promoter, Olivia Goodwin, is just twenty two years of age. That’s a whooping nine years younger than any previously licensed promoter.