David Haye ‘I want a rematch with Klitschko’

David Haye has stated that he wants a rematch with Wladimir Klitschko, after being out-pointed by the Ukrainian champion in Germany on Saturday night, losing his WBA title.
Haye 30, has said he would retire on his 31st birthday which is on October. And he could now shelve them plans, so he doesn’t end his career on a loss.
The Londoner credited Klitschko for his win, saying he was very good, but blamed his broken toe for not being able to perform to his best and hopes that the now undisputed WBA, IBO, IBF and WBO champion Klitschko will give him the chance to avenge the defeat. 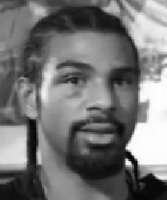 “Will he want to give me a rematch when I’m 100 percent fit? I don’t know,” he told Sky Sports News.
“If not, then I don’t know. I really don’t know. I’d love him to give me a rematch.
“He said he can knock me out and I’d love him to give it a go,” he added. “If he couldn’t knock me out on one leg, pretty much, then how about when I’m fit?
“Great fighters in the past have lost their titles and won them back,” said Haye. “I’d love the opportunity but if I get it is a whole different matter. It’s up to Vladimir and his people.
“Hopefully he’ll look at how much they get paid and realise that if they want another big superfight they’ve got to come back to me.” added Haye.