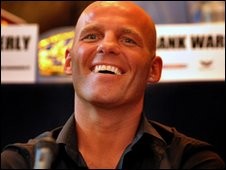 Ryan Rhodes back with a win, plus Rotherham undercard results 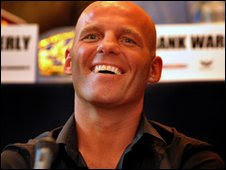 Ryan Rhodes returned to the ring on Saturday night against Siarhei Khomitski and scored a unanimous decision win over the Belarusian, winning 79-74 on referee Michael Alexander’s score total, at the Magna Centre in Rotherham.
It was the Sheffield man’s first ring outing since he challenged Saul ‘Canelo’ Alverez for the WBC light middleweight world title in June and he looked as sharp as ever and ready to get his show back on the road.

It was always a big ask of Rhodes to go and face Alvarez for that world title chance. The Mexican is one of the most highly regarded talents in boxing. The fight was in ‘Canelo’s’  home town and at an altitude to make even the toughest of Yorkshiremen take a few gulps of air. The odds were firmly stacked against Ryan that night, but he gave a good account of himself, before getting stopped in the twelfth and final round.

Rhodes though seems to have taken the Alverez fight for what it was and is now looking to get back in title contention domestically. He hopes to get a fight for his old European belt, the one that he was forced to relinquish, when he accepted to fight for the world title.

Khomitski never comes to lie down and will give anyone a scrap over eight rounds. He was the man who came here last year and ended the career of Jamie Moore. He has also gone the distance with Martin Murray who faces Felix Sturm this weekend for the world title in Germany.

But Ryan wasn’t ready for any slip ups and dominated the fight for most of the time. He chose to pot shot the Minsk man early on and won the first few rounds rather comfortably. Rhodes now 35, still looks as fresh as a daisy and it seemed like he could turn it on when he wanted too. He decided though to switch it off a little in the fourth and KhomitskI had some minor success, but it was short lived and Rhodes got back in the ascendancy.

Rhodes’ jab was popping out at Khomitski and in round six he rammed it into his foes face to knock him off balance and over, but the referee ruled it a slip. In round seven Rhodes had Khomitski over again and even though a flurry of shots partially landed, Khomitski seemed to be helped over by Rhodes. But the referee counted it a genuine knockdown.

Khomitski was always game, but Rhodes seen out the fight comfortably, getting some good rounds under his belt before the end of year. The former British and European champion and two time world title challenger will now hope he can have a good 2012 and maybe even a third world title tilt as he enters the twilight years of his career.

The fast improving Curtis Woodhouse gave an impressive performance in his win on the Dave Coldwell promoted show undercard, when he forced Gary McArthur to retire at the end of the fourth round.

Woodhouse was meant to face former European lightweight champion Jason Cook, but the Welshman withdrew from the fight at late notice, sighting medical grounds for the sudden pull out.

Woodhouse though was unfased by the late change and went about his business in a good professional manner. Working well to the Scotsman’s head and body with accurate combinations.

McArthur didn’t offer much back in the form of offence and spent the fight trying to nullify Woodhouses work. McArthur said he had to pull out because of an hand injury, but he was getting well beaten and there looked no way back for him in the fight anyway. 2012 should be interesting for Woodhouse, after his impressive performance in losing a tight decision to Frankie Gavin, the former footballer turned boxer’s stock has risen in the fight game and Curtis Woodhouse is now a serious player in the British light-welterweight reckoning.

Former two-weight British champion David Barnes, returned to boxing after spending two years out of the ring. To outpoint Ghana’s Isaac Quartey over six rounds and it didn’t look like he had been away.

Quartey isn’t the most schooled of boxers and the Manchester southpaw for the most part toyed with his man to win 60-54 on referee Howard Foster’s scorecard. Great to see Barnes back after becoming disillusioned with boxing. He always was a great talent and he is a great addition to welcome back.

Light-middleweight Matthew Hall made a surprise showing on the Rotherham fight card and won an unlikely British title eliminator fight against the out gunned Kris Carslaw.

When Hall came back last month after a year out of the ring, he looked a spent force in losing on points to Alexey Ribchev and was advised to retire for good by his coach Pat Barrett after the fight. But Hall felt he had more to offer the game and decided to continue his career with a new coach in old friend Anthony Farnell.

The transformation from Hall last month to this one was measurable and he shown glimpses of the old Hall to beat Kris Carslaw on points over ten rounds – Judge scores were 97-95, 96-94, 96-94 all in favour of Hall, who will now hope to get a shot at the Lonsdale belt!

All in all it was a good night of boxing that deserved to have some television coverage. Ryan Rhodes, David Barnes, Matthew Hall, local former premiership football player, turned professional boxer on show and a rake of local up and coming talent! – This surely was a boxing show fit for a wider audience. David Coldwell keeps putting on these terrific nights in Rotherham and Sheffield and deserves credit for the work he puts in with little backing!

Here is a great article on Small Hall boxing by Terry Dooley for Boxing Scene.com – A great insight into the trials and tribulations, passion and hard work that go into making a boxing show happen on a budget! – Dooley interviews promoter’s David Coldwell, Steve Wood and Jane Couch and brings together a fantastic look at what goes on behind the scenes in the small hall game. – Highly recommended read! – read more..
By Chris Maylett
www.britishboxers.co.uk