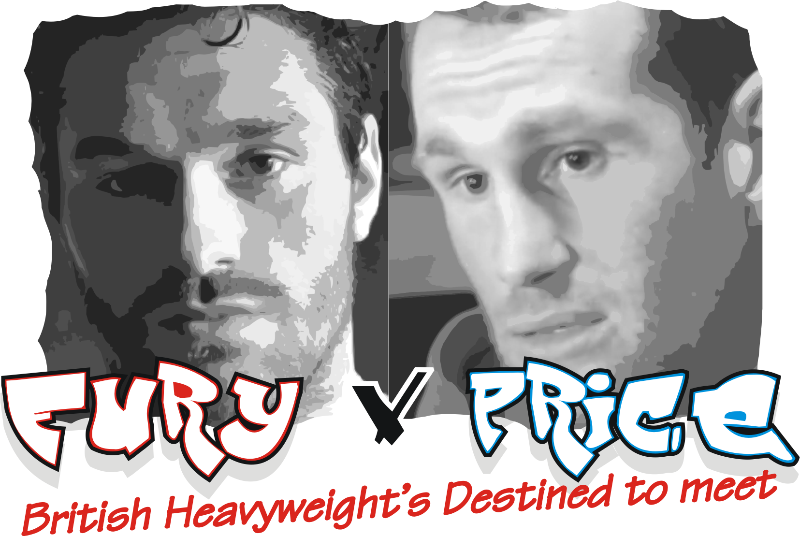 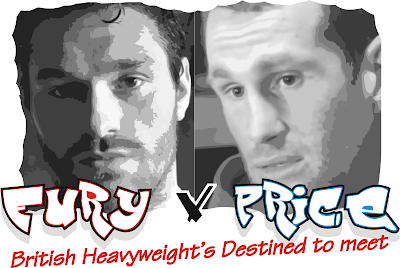 British boxing is blessed at the moment in the heavyweight division, with two real prospects who could enter and stay at the top of the world in the next few years.
Tyson Fury and David Price are two massive specimens, and thus in keeping with the new breed of the heavyweight bruisers. The Klitschko brothers set the president of the big, big men and our two measure up and follow the new heavyweight blue print.
Price, 28, is a former Olympic bronze-medallist and currently unbeaten in 12 fights (10 KOs) – He beat Fury in the amateurs at the senior national championships in Manchester in 2006. In his last fight Price, 6`,9″, won the English belt with a one round blow out of John McDermott. – The fight against McDermott was also a final eliminator to face Fury for his British and Commonwealth belts.
Fury, 23, who is unbeaten in 17 fights (12 KOs) as since relinquished the belts, after an £100,000 offer to fight on Channel 5, was turned down by Price. – There was no second offer and Fury’s decision leaves Price in line to face former Commonwealth champion Sam Sexton for the vacant titles and a meeting between Fury and Price delayed for now!
Fury, 6`,9″, says he will now seek a path through the world rankings, as he cuts the cord on his domestic title reign. But a meeting between the pair is a forgone conclusion and if both stay unbeaten, it will be a fight that could have a big prize attached when it finally does take place. – If a fight needs to happen to in British boxing, this is it! – Both are destined to meet somewhere down the line.
One man used to putting on big fights in the UK is Ambrose Mendy, who promoted Lloyd Honeyghan and Nigel Benn among others during the 80s and 90s, in some of the biggest boxing events, believes that when they do eventually meet, it will be a spectacular fight for British boxing.
“The edge on experience goes to Fury.” – Mendy told Britishboxers.
“He has been on the floor and come off it to win a lost fight. He weathered the storm of Chisora and forced the fight to take a clear victory. He is extrovert and media friendly. Has a twinkle in his eye and can charm and offend whenever it suits him. Remember, he hounded Chisora and in the return with McDermot there was only the one winner. 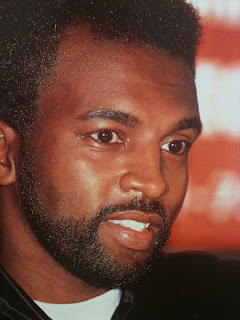 Fury is the most exciting show in the UK-BAR NONE!!!” – Ambrose Mendy (right)

“David Price, in his victories over Dallas and McDermot was chillingly efficient. They were spar mates in the recent past and his ability to fight and remain oblivious to any emotions creeping inside, was extraordinary, given the brievity of his pro years. Like Fury, he has an excellent Jab and is very heavy handed. He has yet to be tested in the way that Fury has been (and one imagines he will say that that is due to his able defence!).
“In a put it all on the line for the European Heavyweight title (They will not meet for the English and British alone – It will not generate, at this stage, important tangible overseas media interest.) I look for the winner to be the one who is most susceptible to an overhand lead right.
“Because Fury throws this punch at times from an orthodox stance, in my opinion he wins by stoppage within 7 rounds.
“If the fight took place this year, I believe that Fury would win on points. Only if David Price can be steered carefully through the next 18-24 months can he achieve his true potential, and that is a world title- he is that good!
“The build that Frank Maloney has engineered thus far has been exemplary. If the fighters avoid each other and take independent routes to titles, I think that Price will enjoy the longer and more fruitful career. To be persuaded otherwise, I need to sense and witness real passion for the game from Fury.
“Fury is the most exciting show in the UK-BAR NONE!!! – added Mendy.