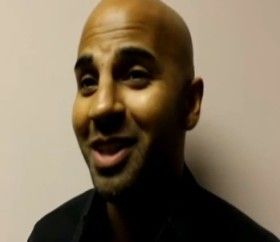 Chris MaylettMay 7, 2012
ArticlesFight ReviewsInterviewLATEST BOXING NEWSPress Conference VideosScott QuiggvideoVideo Interviews0 Comments3 min read
www.britishboxers.co.uk catch up with Yorkshire Boxing Promoter Dave Coldwell at the ‘Road to Glory’ press conference for Rendall Munroe v Scott Quigg and his fighter Ryan Rhodes (46-5, 31 KO’s) who takes on the unbeaten Sergey Rabchenko (20-0, 15 KO’s) at the Velodrome Stadium in Manchester on 16th June 2012.
Coldwell a former professional fighter himself, now trains, manages and promotes a host of boxers from his base and gym in Rotherham, including Rhodes who he took recently over to Mexico to face world pound for pounder Saul ‘Canelo’ Alvarez for his WBC light-middleweight title. Rhodes, 35, put up a gallant effort before being stopped in the last round.
The Sheffield stylist didn’t dwell on that high profile loss and was back in the ring five months later to take on and outpoint over eight rounds the dangerous Siarhei Khomitski. He now takes on fellow countryman of Khomitski and another danger man in Rabchenko which will be for the European title. Rhodes and Coldwell know that a win could open up other doors and possibly earn them another world title shot.Rabchenko is promoted by the same promoter in Ricky Hatton and the ‘Hitman’ is also now training the 26 year old Belarus man, who is tipped and rated highly.
Full Press Conference Video ‘Road to Glory’
But Coldwell is dismissive of Rabchenko and although he rates him as a good fighter, he doesn’t feel that he has been hit properly yet and says that his man will have too much experience, speed power and ring know how and will be victorious on June 16.

Dubbed by some as the busiest man in British boxing, Dave also weighs up Rhodes v Rabchenko and Munroe v Quigg fights, plus his last promotion ‘The Big Bang’ which featured Tony Bellew successfully defending his British light-heavyweight title against Danny McIntosh at the Echo Arena in Liverpool.

Coldwell is a credit to British boxing and is making a real go of bringing fair and honest boxers to the fore, who are willing to learn the game and progress the proper way with evenly matched fights. Recently he offered all registered amateur boxers the chance to attend all his shows for £5 each, a great incentive and typical of the man who admits first and foremost to being a boxing fan.

Dave and business partner Spencer Fearn are looking for a TV deal in their own right at the moment and it is certainly only a matter of time before someone come’s knocking at the door in the near future, when they recognise what Coldwell Boxing is all about and what they are offering and putting back in to the game.