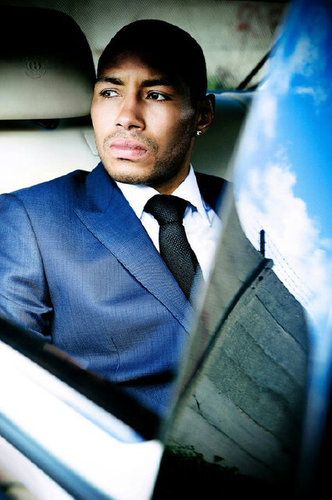 After controversially losing his British light-welterweight title against Darren Hamilton in May this year, Ashley Theophane put the disappointment quickly behind him and was back in the ring three months later when he outpointed Ronnie Warrior Jr in North Carolina in August, a performance Theophane says was his ‘best in over a year.’
Although he has bounced back with that good win, he admits he still hasn’t gotten over losing his treasured Lonsdale belt to Hamilton and is still convinced he should have been given the verdict.
“Darren Hamilton was gifted the British title.” Theophane told BritishBoxers.co.uk. “Boxing News, Boxing Monthly, SkySports commentator and Scottish great Jim Watt all thought I won and I obviously believe I won as well.
“I’m not over it but there is nothing I can do about it. Just move on and continue my career is all I can do. I feel like my three loses in Britain have been bad so that’s a reason why I prefer to fight abroad.
“I’m a professional and I went out there and did my job. Against any other British champion Darren Hamilton would of lost but the powers that be didn’t want me to win. There is no way I lost by five rounds.”
Asked if he maybe took Hamilton lightly and over looked him with his mind on bigger fights, Theophane rejected that notion. “In the build up to defending my British title I was offered a slot on Floyd Mayweather v Miguel Cotto in Las Vegas against Jessie Vargas, a world title eliminator vs Joseito Lopez in California and a $100,000 fight against Khabib Allakhverdiev in Russia, so to say I was uninspired against Darren Hamilton would be a lie.
Had he maybe took his eye off the prize slightly then, was he unmotivated? “I was just uninspired with the quality of opposition I had to face as British champion. The talent pool isn’t as deep as the 135lb or 168lb divisions in  Britain so I was bored for over a year as champion.”
Darren Hamilton will make the first defence of the Lonsdale belt he claimed off Theophane against Liverpool’s Steve Williams on October 13. Theophane though is not looking to chase a rematch anytime soon though with Hamilton as he doesn’t believe the Bristol man will have the title for long anyway.
“A rematch with Hamilton would prove nothing. I won the first time so the same thing could happen again.” said Theophane
“He (Hamilton) will lose it (British title) on his first defence, he is probably the weakest British champion at 140lbs in the divisions history, I will be the biggest win of his career by far.
“Darren Hamilton was the most negative fighter I’ve ever fought in 38 fights. Brian Coleman was more aggressive than him.”
Theophane v Hamilton highlights and result
Since losing his title to Hamilton, Theophane is now dubious about fighting here again and says that if he cannot get the big fights he wants with British opposition, he will look to continue fighting in America, where he has fought five times and will again in the future.
“There are loads of great fighters in the 140 and 147lb divisions. I want to fight the best in America. That’s where my future lies.
“I was a great British champion as I’m known and respected worldwide. The only fights that interest me in Britain are Lenny Daws for the European title and Amir Khan. If those fights can’t be made I’m fighting International opponents only.”
It was suggested that maybe the loss to Hamilton had motivated him to come back stronger and prove himself again?
“I’ve always come back quick after a loss.” said Theophane. “That’s just what I do. After dropping a spit decision to Danny Garcia I went over to Germany to win the IBO International title. This time I went to America to win in an eight round battle in North Carolina.
“I never need to prove myself, my record speaks for itself but sometimes you lose in sports. That’s how it is. You move on and get back to winning. Henry Armstrong and Sugar Ray Robinson both lost to lesser fighters.
“We all have off days. Golden Boy promotions offered me a fight with Keith Thurman just after dropping the British title so my respect around the
world is still as strong as ever.” he added.
One thing that Theophane says may tempt him to fight on home soil this year is if can get a fight on the big Hatton promoted event at the MEN Arena in Manchester on November 30. And with ‘The Hitman expected to make his proposed shock comeback on his own show, Theophane says although he has other offers, he would like nothing more than to fight on the undercard of that one.
“I’ve got offers to fight in Algeria, Luxembourg and Germany during the rest of the year. I believe Hatton promotions are on the verge of a mega deal at the minute and I want to be part of that. If Ricky Hatton is coming back, I want to be on his undercard at the MEN Arena. That would be massive as I was ringside when he beat Kostya Tszyu so it would be something special to fight on an undercard of his.” said Theophane.

Theophane says he is in shape now and could fight next week if he had to. Always in demand as a sparring partner. Ashley has provided world lightweight champion Ricky Burns with some solid sparring recently and witnessing the champion at close quarters, believes that the Scottish hero will have too much for challenger Kevin Mitchell when the two clash on September 22.

Ricky was more intense and we both performed better. There were no easy

days and we went at it for all of the 48 rounds we completed over two weeks.

“I’ve sparred six world champions before sparring Ricky Burns so obviously I was called in to help him prepare as I’m experienced on the world scene and a well conditioned fighter. Sparring Ricky has been a great experience and we both have enjoyed it.

“Our sessions have had a bit of everything. If Ricky chooses to go to war or box Kevin Mitchell, he will be able to do it. Kevin is a stepping stone to bigger fights on the world scene and I believe in Ricky’s talent that he will get past Kevin.

One last thing I wanted to ask Ashley was what he thought of Danny Garcia beating Amir Khan and becoming WBA and WBC world welterweight champion? ‘Treasure’ fought Garcia, unbeaten in 15 fights at the time, losing a close split decision in 2010, and pushing Garcia all the way. Theophane says Garcia is over rated but added he wasn’t surprised Khan got beat by the Philadelphia boxer.

“He’s (Garcia) only world champion because of boxing politics. Ajose Olusegun should of fought for the title against Ali Chebbah.” said Theophane.
“Danny is highly thought of in America. He’s a good fighter but not as good as they are making out.
“I wasn’t surprised he beat Amir Khan! Amir has a terrible defense and has one of the worst chins in the world of boxing.
“Amir fought the wrong fight. Amir should of watched my fight with Danny as my tactics where pretty good and there was nothing in our fight.

“Danny is represented by Al Haymon and promoted by Golden Boy. That’s the dream team right there and any fighter with that backing will win a world title.”

In the Ring with Ashley Theophane
Boxing Hero?
Marvin Hagler, Mike Tyson, Pernell Whitaker and Roy Jones Junior. I like them all equally.
Favorite british boxers?
Lloyd Honeygan, Kirkland Laing and Nigel Benn.
Favorite fight?
Marvin Hagler vs John Mugabi
Your Dream fight?
Miguel Cotto
Your fight style?
I’m a boxer but I can also fight. A mix between Marvin Hagler and Pernell Whitaker.
Ring nickname
Treasure
Toughest opponent amateur or pro?
Ali Oubaali (Ashley dropped Oubaali in the 6th but lost a 10 round UD in Connecticut, US in  2008)
Boxing inspiration?
Any fighter who has achieved their goals against all the odds.
When your not boxing?
I’m eating at restaurants.
Something we dont know
I’m 25% Irish.
Best day of your life?
Fighting in Saint Lucia. Best feeling in the world.
4 people to be stuck on a desert island with?
My mother, father, brother and cousin Tyrone come to mind.
Pre fight ritual?
Relax in peace and quiet
Ambititon?
To enjoy life and work towards my goals in life and be the best I can be.
Other sports
I enjoy swimming, tennis and gymnastics
What do you read
I’m a weekly subscriber of Economist magazine and I read various novels.
Film?
I enjoy comedies
Music?
I listen to all kinds of music
Food?
I enjoy Sushi, Italian and Caribbean food.
Drink?
Water
Quote?
Believe and you can Achieve. Nothing worthwhile comes easy.
Who would play you in a film of your life?
Denzel Washington