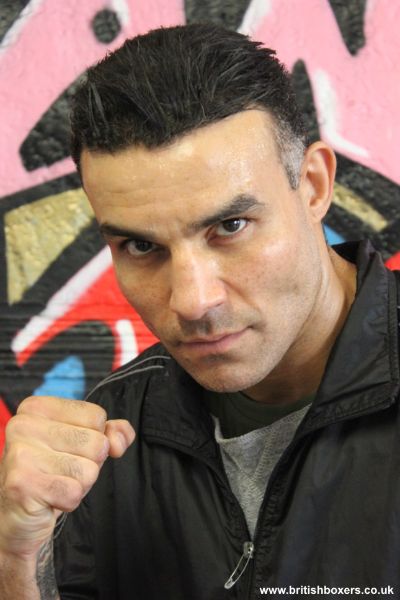 Former WBC world champion Robin Reid will be looking to roll back the years when he faces Kenny Anderson for the vacant British super middleweight title on the undercard of Kell Brook’s world final eliminator against Hector Saldivia on October 20th at the Motorpoint Arena in Sheffield.

The title was declared vacant by the BBBofC, after George Groves was stripped and the news will come has a boost to both Reid and Anderson and should make for a good fight.
Runcorn’s Reid will contest the Lonsdale belt 5 years after his first unsuccessful attempt to win it when he fought then champion Carl Froch, in what was Reid’s 46th fight at the time in November 2007, 14 years after turning professional.
Reid, who won an Olympic bronze medal for Great Britain at the Barcelona games in 1992 and turned professional the following year, before going onto shock the boxing, when he went over to Italy and ripped the world title from the home champion Vincenzo Nardiello in 1996. After 3 successful defence’s of the belt, he lost it in the 4th defence against Sugar Boy Malinga the following year.
He went onto challenge Joe Calzaghe in February 1999 for the Newbridge champions WBO title, but after 12 rounds of competitive action he lost a controversial Split Decision, it is a fight that Reid still feels he deserved to win.
Reid had his fare share of world tile shots after losing his WBC title, and took on Sven Ottke in December 2003 for the IBF and WBA super middleweight titles, and again the judges scorecards didn’t favour the Runcorn visitor, he was outpointed in a fight I can safely say was a home town decision and a robbery on Reid’s part. He did go on to win the IBO version of the super middleweight title when he beat Brian Magee in 2004 but then failed in an attempt to snatch the IBF strap from American Jeff Lacy in Tampa Florida.
Reid officially retired after losing to the new super middleweight star Froch in that British title fight and stepped aside realising then, that his time as a boxer had come to an end. Or so he and we thought!

After 4 years away from the ring, he announced his return in February last year at the veteran age of 40. He beat Jamie Ambler over 4 rounds in his comeback fight, before entering the Prizefighter super-middleweights. It didn’t go according to plan and Reid lost in the quarter final against young gun Tobias Webb over the 3 round duration. Reid told me recently that in the Prizefighter, he was ‘just warming up’ after being use to 12 round world title fights, the 3 round distance certainly didn’t suite the former champion on the night and he went out of the tournament losing on points.

Upto date.. and Reid (42-7-1) was due to face South African William Gare for the WBF belt in Malta on August 17th but with that fight falling through, he now has the one he wanted. He is coming off two stoppage wins and is determined to go out of the sport on top.
Now 41, the former pin up boy of British boxing never got his hands on the coveted Lonsdale belt in his prime and will be hoping in his twilight years, he can finally fill a career record void and add the British title to his impressive resume before he retires for good.
Edinburgh’s Kenny Anderson, 17-1 (12) had been chasing a rematch with former champion George Groves since their very good Commonwealth title meeting in 2010. Since then injuries to Groves and postponements have put the rematch on hold.
Since his 6th round defeat to Groves, Anderson has racked up 5 wins on the bounce, with 4 stoppages and will carry good form into the fight.
The undercard The Sheffield boxing show will also feature Jamie McDonnell who will be taking on Vusi Malinga in an IBF bantamweight world title final eliminator.
Follow us on Twitter @britishboxers