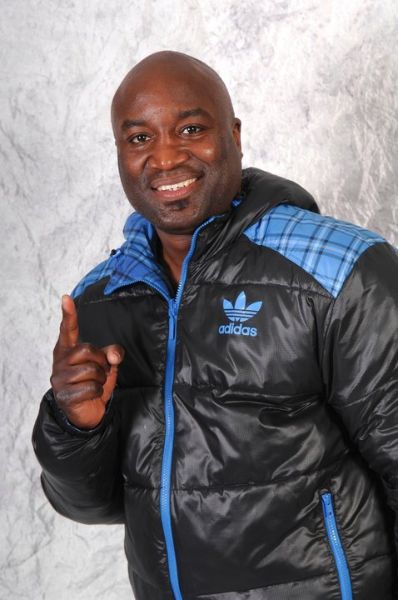 British Boxers In the Ring Q&A with Wayne Alexander

Former British, European and WBU world title holder Wayne Alexander as always openly said that in his fighting days he didn’t take his boxing training as seriously as he should have done.
But when the Croyden man‘s back was against the wall and he felt in deep with a certain foe, he was one of the most dangerous and exciting one punch finishers in British the game.
Wayne’s career finished with a record of 24-3 with 18 wins by devastating KO.
Anyone who remembers watching one of his fights will remember there was always a buzz surrounding them with the knowing he could end it at anytime or be vulnerable to a shot himself, either way a good fight was in store when Alexander ‘The Great’ was in town.
He went 15 pro fights unbeaten after turning over from the amateurs in 1995. He won his first championship strap against Ojay Abrahams in 1999 before taking the British title against unbeaten prospect of the time Paul Samuels via a 3rd round KO the following year.
The fight with Samuels was branded the British Hagler – Hearns such was it’s ferocity and after being hurt on numerous occasions by the big hitting Newport man, Wayne dug deep to take the Lonsdale belt and realise a childhood dream. “In all my fights, I was never hit harder than when Samuels hit me.
“In them days we were wearing 8oz gloves a few years later it went to 10oz and you did notice the difference trust me!”
In February 2001 at a days notice Wayne was offered a shot at unbeaten world champion Harry Simon (20-0) who had just claimed the title by beating future super star Ronald ‘Winky’ Wright on points.
We had also seen the Namibian champion stop Kevin Lueshing the previous year at Crystal Palace and knew his worth and what an un–prepared Alexander was up against.
Unfortunately the late notice had its bearing and Wayne was to suffer his first defeat as a professional, getting stopped by Simon in the 5th after a brave effort, in which he gave the champion nightmares for the first few rounds.
“I was offered the Simon fight at a days notice, Ernie Fossy rang me and offered me a good pay day, so I thought I’ve got nothing to lose and he told me that if I win Im world champion, if I lose I will still be British champion.
“I lost that fight but I went out all guns blazing, Harry Simon was in the mix with all the top world fighters at the time (Oscar) De La Hoya, (Fernando) Vargas, (Felix Trinidad I lost to a very good fighter who unfortunatly never went on to fullfill his potential, so I have no regrets about taking that fight.”
Wayne came back from that defeat to successfully defend his British title against Joe Tansley, before getting a crack at the European title against Paolo Pizzamiglio at the York Hall, Bethnal Green in January 2002. Wayne won the fight by stopping the Italian in the 3rd round on the same bill as Johnny Tapia who scored a 82-second blowout over a Argentine, Eduardo Alvarez in his highly anticiated London appearance.
Wayne suffered his second pro defeat in 2003 getting stopped in the 8th by Delroy Mellis, a loss he avenged a year later. In between them two fights with Mellis, Wayne took part in the fight he will be most fondly remembered for and the fight that many people still mention when talking about best British title fights and one punch knockout finishing.. Takaloo!
Its a fight Wayne says he still has a cheeky look at now and again himself and what that was a sweet victory for him at the time; “That was my finest hour I would have rather died than lost that fight.  When people talk about my career that’s the fight they always mention.
“Takaloo had a big mouth we had a history and it was personal (Takaloo had bragged about once dropping Wayne during a sparring session when they trained at the same gym – an unwritten rule in boxing inners) we’d trained together for years and that was his claim to fame.
“I remember in the second round as I dropped him he hurt me with a body shot at the same time and I winced and as he went. You can see me stood in the corner while he is down and I’m gasping for breath, if I would have been hit with another shot I would have been in trouble. We had alot of the same friends in the game and everyone was saying; ‘who’s gonna win, who’s gonna win?…. No I couldn’t lose that fight no way!”
After the Takaloo war, Wayne had his last big fight when he defended his title successfully against Manchester’s Thomas McDonagh, winning on points at the MEN Arena on the undercard of Joe Calzaghe verses Jeff Lacy in 2006. But December later that year it was to be his final fight, when he lost in the 1st round to Frenchman Serge Vigne.
Not living the life in between fights and not training as well as he should have done, is what Wayne puts his career lows down to. But by many standards his ring achievements speak for themselves and the highs in his career certainly outweigh them. “After that loss to Vigne I didn’t know what I wanted to do.
I did officially retire in 2007, but was offered to fight in the UK verses USA Contender against K9 Bundrage, but had to pull out through injury. I lost the the love of training, something that I found hard to do in my prime and I knew it was over for me.”

British Boxers ‘In the Ring With Q&A

How did you get into boxing?
I was an hyper active little boy a rascal and I had a friend who was doing boxing at Croydon Boxing Club at the Prince of Wales pub and I went along and it felt like my second home. I wasn’t very academic at school or good at anything else, but when I went to the boxing gym I thought this is for me. I fell in love with it, I fell in love with the game. I knew on my first day at the gym that I wanted to be a pro boxer at 11 years old.
Who was your first coach?
John Niverson
Who/what inspired you in the beginning?
To be a champion is what inspired me, I wanted that Lonsdale belt and watching videos of the greats like Duran, Hagler, Leonard and Hearns. Also watchingthe British fighters doing well at the time like (Barry) McGuigan, (Frank) Bruno, Lloyd Honeyghan inspired me a lot. Plus my dad, he never boxed but he always encouraged me, supported me and told me the right things.
Best advice you were ever given?
Train HARD and do plenty of road work! Even when you‘re not in training for a fight keep ticking over go on the road (running) When I did head that advice I won!
Where did you train?
As a junior at Croydon ABC and as a senior at Lynn ABC (Britain’s oldest continuing amateur boxing club. Founded in 1892 in a café in London’s Borough High Street) – As turned pro with Jimmy Tibbs at the Peacock Gym in Canning Town and then I went to the Lennox Lewis Gym in Hackney. For the last three years of my career I was based in Belfast with John Breen.
What was your amateur back ground and record?
I had 75 fights, won 50 odd, I won the junior and senior ABA’s and I boxed for England five times
An Interesting Boxing Story?
When I boxed Delroy Mellis the first time I lost 2 stone in 6 weeks before that fight and was eating like a Rabbit for most of that camp living on lettace and water.
Craziest thing you’ve read about yourself?
I once read that Ian Darke said that I said; ‘I don’t like runners! But I don’t ever remember saying that!
What is your day job out of Boxing?
I work in security and I’m working towards becoming a close protection body guard coaching boxers
Other than boxing what are your hobbies and pastimes?
At the moment all my time is taken being father to my kids
If you wasn’t a boxer, what would you have liked to be?
An Astronaut
What was  your best asset as a boxer?
My Punching Power
What was your Honey punch?
Right hand cross over the top of the jab
Best opponent you sparred with?
Off the top of my head I’d say…. Adrian Stone and Bruce Scott
Best prospect you have seen?
Kid Galahad the Ingle kid I like him
Your favourite Ring walk music?
Nas – Hate me now
Best fight you have seen live or on TV?
Meldrick Taylor – Julio Cesar Chavez I and Barrera – Morales
If you could be ringside for one fight next year which one would it be?
The obvious one is Mayweather v Pacquaio so I will go with that.
If the phone rang this afternoon with a Big fight offer, who would the opponent be and where?
Mayweather at Maddison Square Garden, but they’d have to pay me a million.
Best and worse thing about the boxing game?
The best thing is the camaraderie in the gym and with the fans and friends in boxing, when you go to a show and everybody gets on, you never really see any trouble at boxing shows or anything. The worst thing is the best fighters not facing each other.
How did you deal with your pre-fight nerves?
I liked to just be on my own in the dressing room or just my trainer and I would have my headphones on listening to music.
Best friend in Boxing?
I‘d say Danny Williams
What rule would you introduce/change in Boxing if you could?
Maybe to win the British title outright you only have to make two defences of the belt instead of Three.
Most memorable Gym moment?
Probably when I did my first proper 12 round spar in preparation for the Paul Samuels British title fight with two different sparring partners and knowing I could do the distance gave me confidence.
Toughest Part of training?
Running, I was never a good runner and I hated it too.
Toughest Opponent you faced?
Harry Simon

If you had your time again, would you be a boxer?
Yes and I would be WBC, WBA, IBF and WBO champion