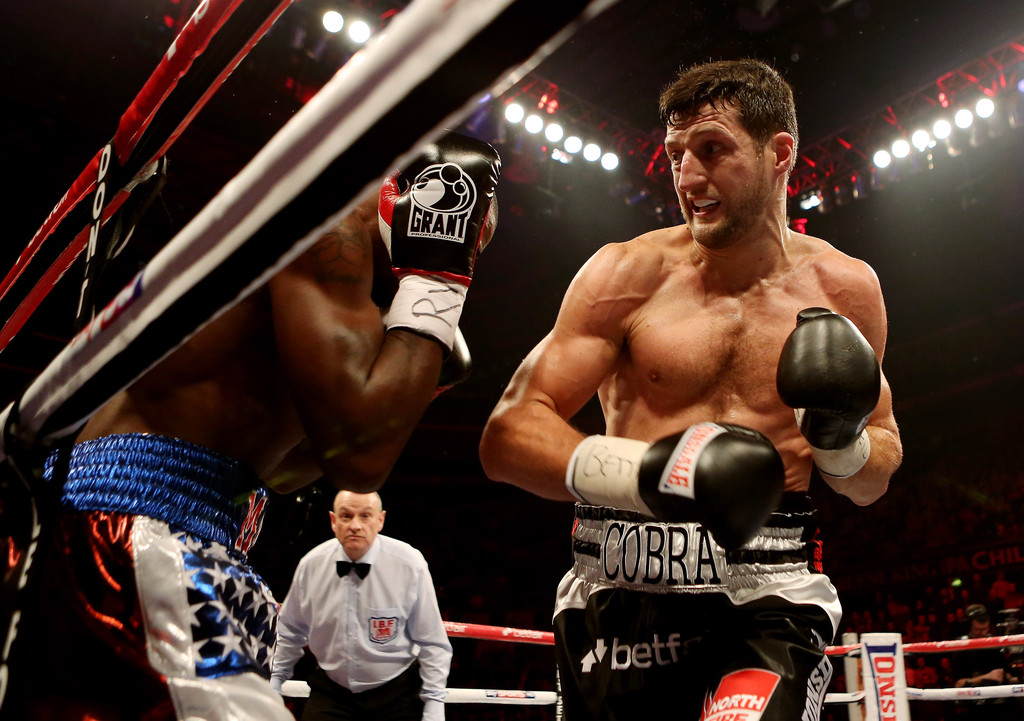 Froch Way Too Strong For Over-Matched Mack Wants Returns With Kessler, Ward Next

Make no mistake, Carl Froch was widely, even unanimously expected to defeat Yusaf Mack last night. “The Cobra,” though, made even shorter work of his over-matched challenger than perhaps anyone predicted. Way too strong, way too powerful and way too accurate for the Philadelphian who had to drop down from light-heavyweight to get his shot at the IBF super-middleweight crown, Froch enjoyed his easiest fight in many a year.

After tough battles with the likes of Mikkel Kessler, Andre Ward and Glen Johnson, Froch was perhaps entitled to a less than arduous evening. And Froch sure enjoyed himself last night, putting on a punch-perfect display before his adoring fans in Nottingham. Dropping Mack early on in the opening round, Froch, now 30-2(22) scored with a left hook. Already it looked like the approx 9,000 fans might go home early.
Froch also dominated the 2nd, although 32-year-old Mack, now 31-5-2(17) did try his best to get into the fight. Come the 2-minute 30 second mark of the 3rd it was all over. Froch, a fine body puncher, let loose downstairs, knocking the wind out of Mack’s sails with a combination. Froch did what a great fighter is supposed to do when matched with a fighter he is expected to beat: he closed the show
quickly. 35-year-old Froch now wants returns with the two men to have beaten him: Mikkel Kessler and Andre Ward.
“I lost close points decisions but I know I can put it right against Kessler and Ward – I know I can,” a triumphant Froch told BBC.
“I am in my prime and I am ready for anybody. I think I can be ready to fight again in February or March.”
It will be most interesting to see who Froch faces next. According to his promoter Eddie Hearn, bouts against Kessler, Ward, Lucian Bute (in a rematch of the win Froch scored in May) and Adonis Stevenson (Froch’s IBF mandatory) “are the only fights that particularly interest us.”
Hearn also said that “Ward has Tweeted saying he fancies a trip to the U.K, and I think he would come.”
Kessler and Ward are Froch’s top priorities, and if either rematch took place in the U.K another sold-out arena – even a much bigger arena than The Nottingham Arena – would be guaranteed. As would a terrific fight. Again, Mack was never really in Froch’s league, and the critics (such as promoter Frank Warren!) will likely say last night’s quick win proved little. But Froch keeps on winning and amazingly considering he is well into his mid-thirties, he keeps on getting better and better.
Click on the image above to watch the full fight video