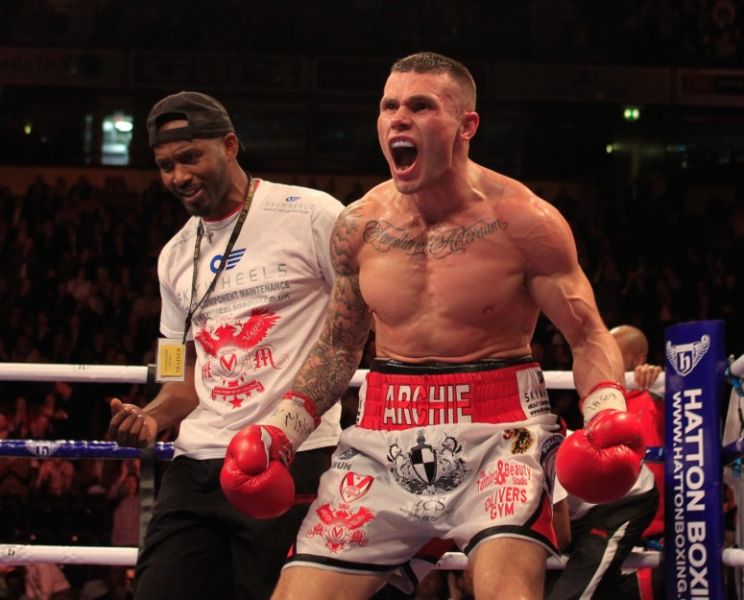 Murray ready for Martinez after stopping Navarro in six

Martin Murray looks set for a second world middleweight title shot after stopping unbeaten Jorge Navarro to retain his interim WBA belt on the Ricky Hatton undercard in Manchester on Saturday night.
The Oliver Harrison trained Murray from St Helens, dropped Navarro in the opening round before going onto stop his Venezuelan opponent in the sixth, after a dominant and powerful performance that saw Navarro’s corner throw in the towel to save their man more punishment.
Murray 30, is looking forward to a potential dream match-up with WBC world champion and division king Sergio Martinez in the champion home of Argentina Murray drew in his first bid for a world title last year against the then champion Felix Sturm in Germany. Murray was very unlucky to lose that fight and will hope he can get this second chance in the new year, with April 27th looking a likely date.
Navarro was previously unbeaten in 12 fights, 10 KOs, and looked something of an unknown quantity, and on paper a tricky foe for Murray. But the British champion was just too experienced, strong and relentless and as brave as Navarro was, he eventually succumbed to Murray’s pressure.
A big left from a composed Murray dropped his challenger in the first after he had soaked up what Navarro had to offer on the gloves as he sussed his man out before launching his own hurtful counter attacks.
Navarro, didn’t come to Manchester to lie down and was brave to his credit, he got himself up and continued to come at Murray, but he was getting picked off from the heavy handed Murray.
By the third round Murray began to cement his grip on the fight as he went on the front foot, met Navarro head on and systematically began to up the gears and break his man down.
Anything that Navarro offered in his own offence just seemed to bounce off the toughened Murry and he looked happ to be in there getting the rounds in. Navarro’s resistance and fight was eventually brought to an end in the 6th when a big right from Murray floored the Venezuelan again. The referee picked up the count and Navarro had a look like he was caught in Murray’s headlights and his night’s work looked nigh. Murray followed up and attacked his wounded victim with a volley of shots forcing Navarro’s corner to throw in the towel.