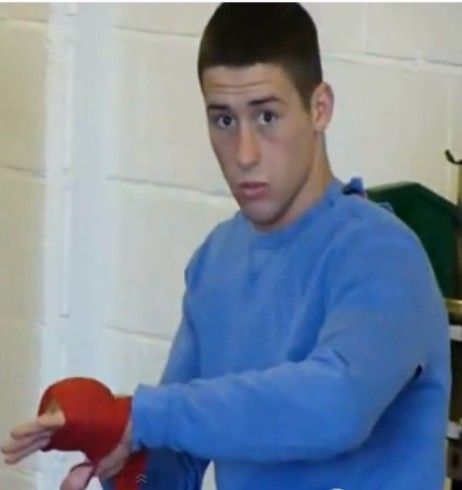 Chris MaylettNovember 29, 2012
Fight ReviewsInterviewLATEST BOXING NEWSVideo Interviews0 Comments2 min read
Anthony Farnell (Arnie) former boxer now trainer, says that if he told Ronnie Heffron that he was fighting Manny Pacquaio this weekend, he’d just shrug his shoulders and say ‘Yeah alright’ such is the young welterweight prospects desire to box and face anyone who is put in front of him.
Arnie believes his young prodigy is on his way to the top in boxing and after just 11 fights, he goes into the biggest challenge of his career this weekend when he challenges fellow Mancunian Denton Vassell for his Commonwealth title at the Manchester Arena on Friday night.
Heffron, 22, has been trained by Farnell since he was 15 years-old, and together they have quietly been progressing through the rankings to this point, but against Vassell, Heffron faces his first serious acid test in his fledgling career.
Title holder Vassell, 28, is also unbeaten in 19 fights, he is trained by Bob Shannon and he is a big step up for Heffron. But Vassell has been out of the ring for a year and camp Heffron believe they have what it takes to get the victory in what promises to be a cracking fight!
The contest is on the same bill as former cricket player Freddie Flintoff who makes his heavyweight professional debut against American Richard Dawson.
Also on the Manchester Arena undercard is Heffron gym mate Matthew Hall. Also welterweight prospect Bradley Saunders; plus unbeaten Welsh talents Lewis Rees and Liam Williams.
We visited Arnie’s gym this week while he and Heffron were putting the final preparations together for the Commonwealth challenge and spoke to them the fight.
www.britishboxers.co.uk
@britishboxers