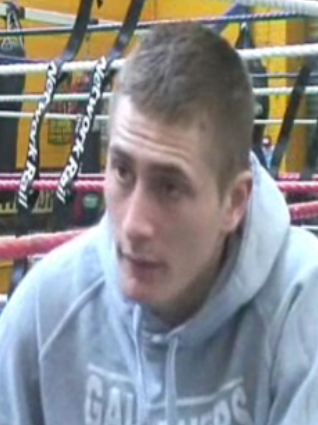 After displaying dominance in all his fights thus far, Burton takes a significant leap in class next time out when he tackles Northwest rival, Carl Dilks on March 8th at Manchester’s Bowlers venue. The popular Liverpudlian is a previous Commonwealth title challenger and Gallagher admits that Dilks is a step up for his man.

“Hosea Burton is only a five fight novice and Carl Dilks has been in with the likes of James DeGale and Rocky Fielding. He’s been around a very long time and he’s a very good fighter and Hosea has only been boxing nine months.

“Dave [Coldwell] offered us three fighters for Hosea but one was Jon Anthony who is a heavyweight coming down and the other was Jahmaine Smyle who beat Dilks in Prizefighter. I just think Carl Dilks could be the right fight at the right time.

“I see Hosea sparring the likes of Callum Johnson, Paul Smith, and Callum Smith and the better the opponent, the better you’ll see of him and I’ll think you’ll see that against Dilks.”

Despite the indifferent form suffered by Dilks in recent fights, the two-time Prizefighter entrant brings a wealth of experience to the table that includes unsuccessful title challenges, exposure abroad, and undercard victories on world heavyweight title shows. Victory for Burton is certain to propel him up the domestic rankings but Gallagher insists that this fight is only about Burton’s development.

“By beating Carl Dilks, it doesn’t mean that we are ready to be fighting for titles,” revealed Gallagher. “This is just another fight in Hosea’s career and it’s an opportunity for him to get a get a good win against a good opponent.

“This is his first six rounder and it’s a step up against Carl Dilks and there’s no way we’ll be taking it lightly just like Carl won’t be taking it lightly. Carl Dilks is probably sitting there thinking we’re cheeky bastards for wanting the fight, thinking that we think he’s finished but it’s not like that. It’s a step up against a good fighter and we’ll be ready for it.”