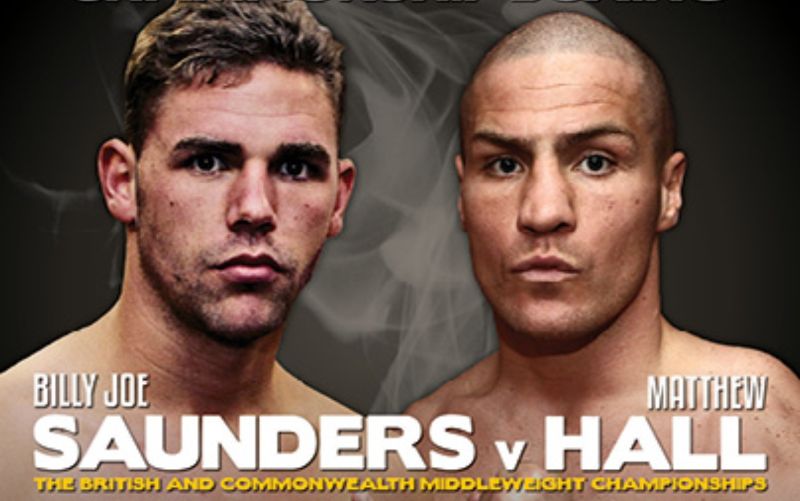 Saunders, 23, is planning a big 2013 with hopes of challenging for the vacant European title which he then hopes can propel him into World title contention.

Mancunian brawler Hall though always comes to fight and will be determined to take that Lonsdale belt back with him up North. Saunders will feel he has the skills and youth to beat Hall, and almost any fighter in the division.

There is also a great undercard at the York Hall with Southern Area Welterweight Champion Bradley Skeete set to defend his title against former opponent Peter McDonaghThe Hatfield southpaw did look slightly below par in his last fight against Nick Blackwell to win the British title and against Hall tonight he will be looking to put in an improved performance to move to 17-0. Halls record is 25-6 and he is the former Commonwealth Light-Middleweight champion and at present is at something of a crossroads in his career after losing five of his last eight bouts. Prior to that, the 28-year-old had showed great potential, starting his professional career with a 21-1 record en route to his 2009 Commonwealth title win over Bradley Pryce. To this day, Hall has only been stopped at middleweight once, in a 2007 fight with Martin Concepcion, and he has knockout potential of his own, with 16 of his 25 wins coming by stoppage. He also won his last fight when he outpointed Lee Noble in November over six rounds. This should be a belter and can be seen here on BoxNation

Super Skeete is in action once again as he looks to make a first defence of the Southern Area Welterweight title he won in December against Chas Symonds.

Skeete, 25, has a 10 – 0 (4 KO) record, and is unlikely to be fazed by his third 10-round fight after wins over in that format against Peter McDonagh and Chas Symonds, though he knocked the latter out in four.

Reigning British champion Paul Butler, who’s due to challenge Yaquib Kareem for his Commonwealth Super-Flyweight title on April 12th, takes a four round tune up fight against Anwar Al Fadi. Butler and Kareem were originally due to fight on March 8th, but that bout has now been moved to mid-April.