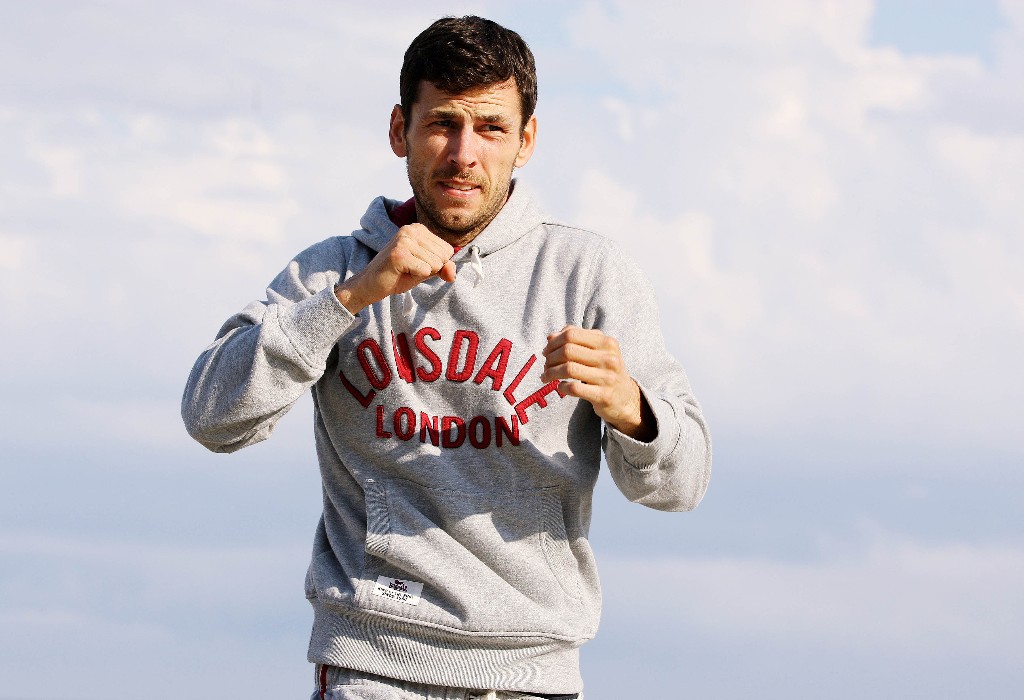 The new no nonsense mean look is a very welcome addition to Darren Barker’s fight armoury and the way he got rid of decent Italian Simone Ritolo on Saturday night at Wembley Arena, proves that Barker’s second coming if you like, is going to be action packed!

The former British, Commonwealth and European champion claimed the vacant IBF Inter-Continental middleweight title when in the fourth round, a big right hand from Barker rocked Ritolo to the ropes and, after ref Steve Gray spoke with Ritolo’s corner between rounds, the fight was called to a halt with a hand injury to the Italian cited as the reason. But in reality Barker had knocked the fight out of him and he didnt want to feel anymore of Barker’s power.

It was Barker’s 25th win in 26 fights and his second in three months.

Already a good technician with not a bad dig, Barker seems to have developed a real menace in his work, he isn’t hanging around taking a look, out boxing and softening his opponents up these days, he is straight in there letting the big shots go. In his last fight against Kerry Hope, Barker was in dominant form then too and overwhelmed the Welshman before stopping him in 4th.

The only defeat on Barkers record is against pound for pound ranked middleweight ruler Sergio Martinez in 2011. The Londoner was stopped in penultimate round after a brave effort in Atlantic city. You get the sense Barker didn’t go into the Martinez fight in true form and that there was something holding him back mentally.

But with his fresh approach looking in better shape than ever and a new found vigor for the sport, if Barker can stay injury free he looks in a better place to give it another go and fight his way to another world title shot and you wouldn’t write him off a second time.