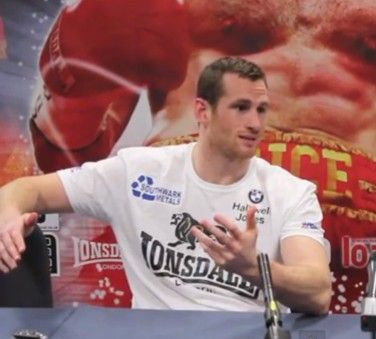 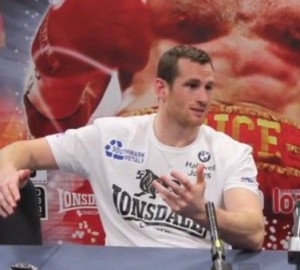 Franny Smith the trainer of British heavyweight champion David Price says that his fighter has learned important lessons after being knocked-out by Tony Thompson in the 2nd round in February. Price (15-1, 13KOs) will get the chance to get revenge when he meets Thompson again on July 6th at the Echo Arena in Liverpool.

Price, 29, lost his unbeaten record to Thompson (37-3, 25KOs) and the Liverpudlian deserves credit for getting straight back in with his victor, who will take confidence into the rematch and will want to produce a similar outcome again. Coach Smith believes his fighter tried to take Thompson out too quickly and paid the ultimate price. “You seen what happened, it was obviously a mistake. He went for him too much I think early on. Tony Thompson’s a wily old cat isn’t he, so he needed to be a bit more patient, just apply the pressure gradually. Just keep chipping away at him which is what we had planned to do.” Smith told Ringside Toe 2 Toe podcast.

“David’s been getting a lot of attention because of the way he’s been finishing opponents and I think that coupled with the crowd and the excitement. I think it all got to where he went for the finish again, but it was too early. Tony Thompson was by no means ready to go at that point.”

Smith welcomed Price’s decision to face the American immediately and expects a more disciplined display this time, with his man boxing to a game-plan. We’d spoke at length about what our options were and we spoke with Frank (Maloney) as well about other fights out there.

“I spoke to David, we left it for a few days and he came back and said: ‘Look I want the rematch’. I said: ‘I’m glad you came back with that attitude’, because I believe it’s a fight we can win and one we can learn from as well. It’s a lesson that we’ve learned.

“Sometimes in defeat you learn way more than you’ll ever learn in victory so we’ve took it on board and I’m sure the second time round we’ll stick to a more regimented game-plan and I’m sure we’ll get the win.”