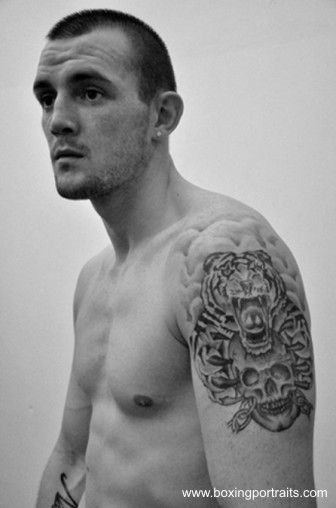 The Accrington boxer who moved up to light-heavyweight for this fight, lost a close unanimous points decision over 10 rounds, with judges scorecards reading 96-95, 97-93 and 96-94 all for Swede. Blackledge as per usual had put in a spirited effort giving a good account of himself despite the circumstances and giving away the weight.

Blackledge, 22, took on the unbeaten Skoglund (16-0, 9KOs), after his original opponent Rudy Markussen had pulled out at short notice. Blackledge had been preparing to face Dane Markussen at his natural super-middleweight and had been in training for that fight for months.

Denmark had previously been a successful hunting ground for Blackledge, last year he went over there to face local hero Mads Larsen and stopped the former world champion in the 4th round, a victory and performance that shouldn’t be over looked.

Blackledge will continue to campaign at super-middleweight and the loss in Denmark will not be detriment to his future plans and will look to make his mark on the domestic scene in the coming month’s with his eye on the English super middleweight title currently owned by Liverpool’s unbeaten Rocky Fielding.

On the undercard in Denmark Birmingham’s Terry Carruthers also made an appearance, dropping a decision on points over 8 rounds against home fighter Torben Keller. Judges had the fight scored 80-72, 78-74, 78-74 all for Keller.