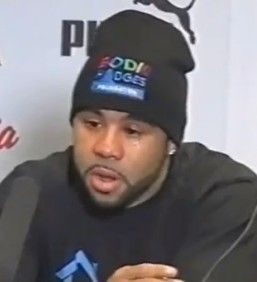 Rendall Munroe Returns: ‘I Can Still Be World Champion’

Rendall Munroe will dust off his boxing kit bag and make a shock ring return in his home city of Leicester at the Club Republic nightclub on Saturday May 11.

The former Commonwealth and European super-bantamweight champion retired from the fight game in December last year following his defeat to Scott Quigg for the interim WBA super-bantamweight title and sighted his difficulty in making the weight and the constant battle with the scales were detrimental to his preperations and against Quigg blames a lack of motivation for not performing on the night.

The Leicester man still holds the ambitions that made him such an exciting and honest pro and that fire still burns inside of him, enough to believe he can still fullfil his dream of being a world champion.

Munroe, 32, plans to return at either super-featherweight or lightweight for this second part of his career, “I won’t say I feel better than I used to, but I’m enjoying the training more.

“I’m still eating healthily and now I’m eating more. I had been making 8st 10lbs for a long time and I don’t think keeping my weight down for all those years did me any good.

“I walk around at 10 stones these days and that’s a lot of weight to lose for a fight. I had got fed up with the way I was being treated as well. I had worked hard, proved I was good enough to fight at world level and ended up fighting at domestic level again. I struggled to get up for my last fight.

“I know I can still be a world champion. I’ve been sparring and it’s definitely still there.”