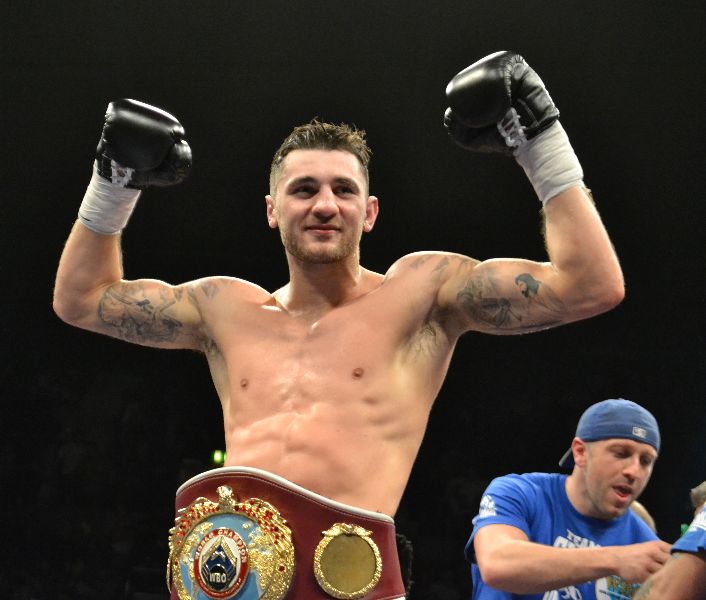 Nathan Cleverly took a step towards the big fight he has been craving and probably deserves, with a unanimous decision over the game challenger for his WBO title, Robin Krasniqi at London’s Wembley Arena. The scorecards read 120-108 (twice) and 120-109 and the challenger could perhaps put together an argument for a round or two but the reality is Cleverly bossed the fight and looked the stronger man throughout. As we have come to expect with Clev, he took enough clean, hard shots to keep the German interested but as the fight entered the latter rounds it was clear that even Krasniqi’s best shots were not moving him.

The young Welshman just can’t help but trade however Krasniqi lacked the power or slick defense dissuade the WBO champion from engaging when the mood took him. Krasniqi entered the fight with a winning streak stretching back seven years but he hasn’t been mixing in Cleverly’s class and Nathan has seen better.

Should he get his wish and land a fight with old man Hopkins then he should assume it won’t be as straightforward. He won’t find Phildelphian so easy to catch and when that happens he must resist the temptation to dangle his chin in a war because Hopkins, unlike tonight’s foe, is battle worn. 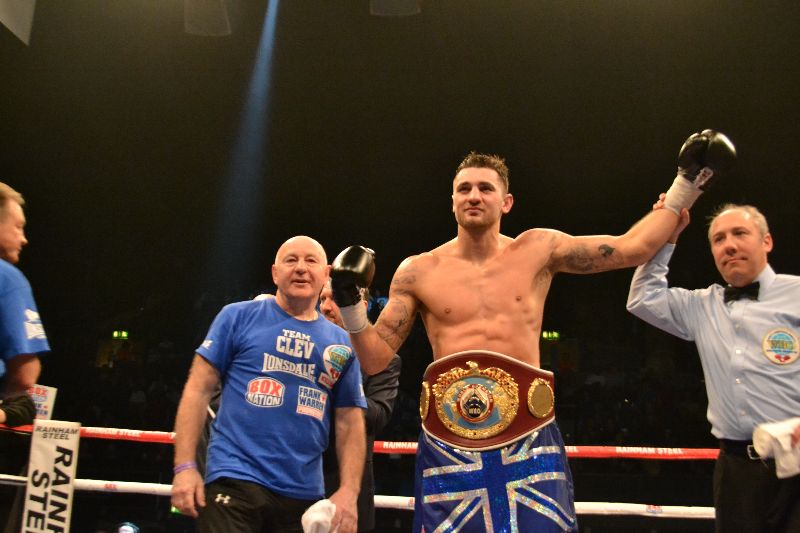 Liam Walsh outpointed former world champion Scott Harrison over ten rounds in defence of his WBO European lightweight title in a toe to toe bloody war. The fight started at a breathless pace and continued throughout. Both fighters were cut during the fight, hurt each other numerous times and gave it everything.

It was hard to split them early on, until Walsh’s fitness seemed to be the key that eventually saw him claim the upper hand. Harrison never stopped trying, but the, younger Walsh had too much desire and will to win and the 35-year-old Harrison just couldn’t roll back the years to overcome his opponent. Round 9 was worrying for Harrison when he was caught flush and rocked to his boots. But his fighting spirit saw him through.

Paul Butler added the Commonwealth Super-Flyweight belt to his British title after an impressive and dominant 5th round stoppage of Nigerian title holder Yaqub Kareem.

Butler, 11-0 (6) from Ellesmere Port looked sharp in everything he did and the African knew from the opening moments that he was in trouble and suffered a sustained beating! Butler can switch his shots from head to body in the blink of an eye and he shown a splendid selection of combination punching.

At the start of the 5th, a body shot nearly crupled Kareem visibly hurt, Butler continued his on-slaught until the referee stepped in and stop the fight. The “Baby Faced Assassin” hurt Kareem in every round, in the fourth he really took hold after nearly doubling up Karim with a big left hook to the ribs. The bell saved him from any more punishment, but Butler was not going to let his man off the hook.

In the fifth, Butler came out with even more purpose, he upped a gear and jumped on Kareem, another big body shot hurt Kareem he backed into the corner and Butler bore down and opened up again on Kareem who sank to the canvas, and the referee called the fight off.

Earlier in the night Enzo Maccarinelli stopped Carl Wild in the 6th round. Maccarinelli floored Wild with a right hook to the body, Wild got up and bravely give it a go, but Maccarinelli caught him flush with a couple of big rights and when the referee saw it fit to jump in 2:18 of the final round and stop the fight, which did seem a bit premature.

Maccarinelli had been was due to meet Ovill McKenzie in a rematch, but McKenzie had to withdraw due to injury and the Swansea man instead met Wild. The former WBO World cruiserweight champion boxed well behind his jab, letting off some impressive combinations. His body work was apparent effective from early on and he sunk in some hurtful hooks, that eventually paid dividends.

Wild always did his best to get into the fight and in spurts had success with his jab, but it was Maccarinelli’s sharper punching that saw him build up a comfortable lead and leave Wild bloodied, winded and stopped in a decent display as he try’s to roll back the years.

Edinburgh Light-middleweight prospect John Thain outpointed Northolt Ryan Toms over 8 rounds in a lively close contest that Thain just nicked. Both with big support at Wembley tonight put on a good fight and both deserve big credit and didn’t let any of the travelling fans down with the effort. Thain’s work rate was probably the telling factor in the referee decision, but Toms had his moments and caught Thain, who is now unbeaten in 10 fights, with some big uppercuts in-particular, but Thain proved he can dig deep, a telling factor in his progress.

Manchester featherweight Joe Murray outpointed tough Merthyr Tydfil campaigner Dai Davies over 8 rounds, taking the referees score 78-76. The former Olympian, having his first fight under new promoter Frank Warren and with new coach Anthony Farnell, performed well, using his boxing skills to get a good 8 rounds in, shaking off some cobwebs, after 14 months out of the ring. Murray will hope his new contract will keep him busy, knowing he could be a couple of wins away from challenging for the British title.