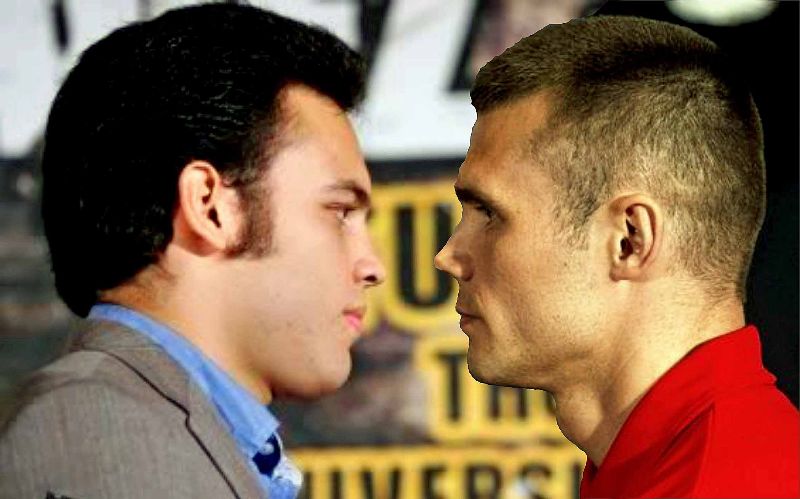 Fresh off his heroics against world No1 middleweight Sergio Martinez last month in Argentina, Martin Murray is being lined up to face Julio Cesar Chavez Jr on August 3, in Mexico City, at the request of the Mexican fighter himself.

Murray dropped Martinez twice during the April 27 challenge of Martinez’s WBC world title, but controversially lost a points decision in the Club Atlético Vélez Sarsfield football stadium to the backdrop of an hostile 50,000 plus Buenos Aries crowd.

Murray, (25-1-1, 11 KOs) did himself proud and caught the eye of Chavez again and the people who make the decisions for HBO fights and Murray’s name is at the top of the list for Chavez to make his Mexican homecoming.

Murray who would be having his third also had to go abroad for his first world title challenge against German Felix Sturm in 2011, another controversial decision for the St.Helens boxer, getting only a draw with Sturm in Germany, in another fight he most certainly did enough to win.

Chavez, (46-1-1, 32 KO) himself lost to Sergio Martinez in his last fight, after the loss on points to Martinez on September 15 last year, Chavez was suspended by the Nevada State Athletic Commission for 9 months and was fined $900,000 (£580,000) when testing positive for canabis after the fight. Although Chavez accepted the suspension, apparently he refuses to pay the fine and will contest it in court.

In-fact Murray, 30, had been lined up to face the 27 year-old Chavez in June 2012 in Texas. But Murray, was unable to obtain a visa in time, after application complications and had to pull out of the fight. Irishman Andy Lee stepped in instead and was stopped by Chavez in the 7th round.

Apparently after seeing Murray’s display against Martinez, promoter Bob Arum said, his fighter Chavez believes Murray should have got the decision against Martinez and told him, ‘that is who I want to fight next!’

“We are trying to finalise with Martin Murray, but we will have Chavez’s next fight at the new arena in Mexico City,” Arum told ESPN.com.

“As you probably recall, we wanted Chavez to fight Murray a while ago, but he couldn’t get a visa because of some youthful indiscretion,” Arum said. “But he’s a real, live fighter. Look how he did with Martinez. Chavez thought he beat Martinez and he said, ‘That’s who I want to fight.'”