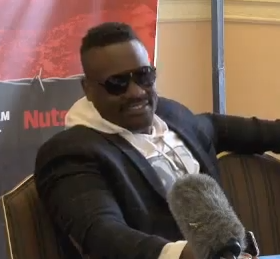 Former British Champion Dereck Chisora headlines at Wembley arena on the 20th July, against the unbeaten Malik Scott from Philadelphia USA in a 10 round international fight.

Watch the full press conference on this event.

Former world title challenger Chisora is on the road back to a second title shot and a win against the dangerous Philadelphian will put the Finchley puncher back in a strong position to land a world title opportunity.

Unbeaten American, Deontay Wilder, was announced as the original opponent, but his subsequent arrest for domestic battery and his inability to travel outside of the US meant that promoter Frank Warren had to scrap that fight and reschedule the show.