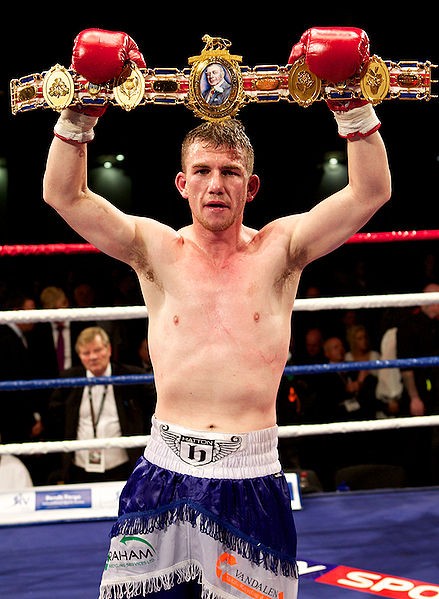 Buckland: ‘I need to get past Stephen Smith and move on to bigger things’

Gary Buckland defends his British super-featherweight title against former Lonsdale belt holder Stephen Smith, on the undercard of Nathan Cleverly’s world title clash with Sergey Kovalev at the Motorpoint Arena in Cardiff on August 17. And the Cardiff boxer admits the fight with Liverpool’s ‘Swifty’ is one he cannot afford to lose.

A win for Buckland (27-2, 9 KOs) would earn him the prestigious Lonsdale belt for keeps and push him towards a European title tilt, while a defeat would mean having to rebuild his career from scratch.

“I’ve seen what happened to Gary Sykes’ career when I beat him for the title,” Buckland said.

“He only needed to win to get the belt outright, but because I beat him, it put his career back more than two years. I don’t want that to happen to me.

“At the age of 27 I need to move forward with my career so I can’t afford to lose this fight.

“I’ve been told that I’m now the mandatory challenger for the European title, so I have to make sure I perform, get past Stephen Smith and move on to bigger things.”

Despite Cleverly being undoubtedly the star of the show, August 17 will feel like something of a homecoming for Buckland.

He is a proud Cardiff-native, but in a professional career spanning more than eight years this will be the first time he has boxed in his home city.

“It’s a big thing to be back in my own town,” he said. “I’ve not boxed in Cardiff before so that’s a bonus to get the opportunity to win the British title outright here.