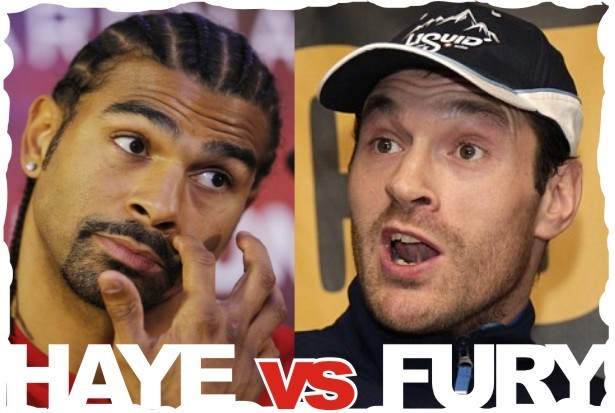 The David Haye vs Tyson Fury Big British heavyweight showdown has today been confirmed and will take place at the Manchester Arena on September 28th.

So after months of wondering and wrangling, the fight to determine Britain’s current No1 heavyweight and who will go on to fight for a world championship, the fight is finally signed sealed and confirmed.

Former WBA heavyweight king, Haye, insists he is still top of the pile when it comes to British heavyweights: “I’m still the best fighter around and have nothing to prove, but Tyson likes to talk a lot and this is my chance to silence him. I’m in great shape and ready to go. It’s time to put an end to rumours that there’s anyone in Britain that can beat me.”

However, Fury believes his London opponent is past his best: “This event is about me, a world-class boxing star, taking on Haye, a has-been,” he said.

“Haye has been running scared of me ever since the possibility of the match came about, and now I’ve earned my shot. I’m going to prove that I’m a future world champion by beating a former one. David Haye is the past.” read more