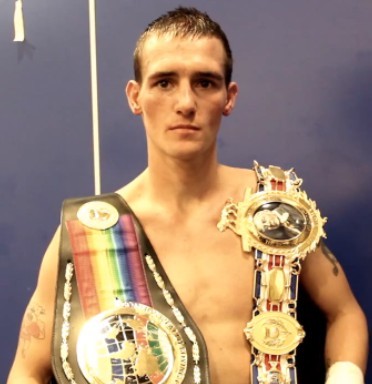 British and Commonwealth Flyweight champion Kevin Satchell from Liverpool, will make the second defence of his titles this weekend when he faces the very capable 21 year old Motherwell boxer Iain Butcher (8-0, 2KOs) at the Echo Arena on Saturday night. (6 July)

Satchell, 24, claimed the Commonwealth title in May last year against Scouse rival Paul Edwards (RTD 10) and then in the October, he realised a dream by lifting the Lonsdale British championship belt, when he stopped veteran Stoke man Chris Edwards in the 8th round. The fight against Edwards was just his 9th professional fight, so it has all happened so quickly for Satchell, but he is a fast learner and has been very impressive in his performances and fans are starting to take note.

The first defence of his belts was in February against Luke Wilton, a fight Satchell (10-0, 2KOs) won on points. He now has his mind set on winning the Lonsdale belt outright and moving onto European level in the next year or so.

Kevin spoke to BritishBoxers over the phone this week, just three days prior to his fight and spoke confidently about his chances on Saturday of retaining his titles and reflectively about his career and the future.

The Liverpool fighter also gives his view on the big Echo Arena topper, between fellow Scouser David Price and his American opponent Tony Thompson. This rematch after Thompson stopped Price inside two rounds in February is a fight Satchell is looking forward to, hear his views on this and more in our audio interview above.