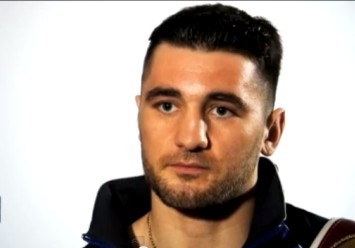 Video: Cleverly Reviews his Next Challenger the Dangerous Kovalev

Nathan Cleverly knows that his next opponent Sergey Kovalev is a very dangerous challenger to his WBO light-heavyweight championship staus and his dreams of big unification fights.

Cleverly, 26,  (26-0, 12KOs) takes on Kovalev at Cardiff’s Motorpoint Arena on August 17th and will have to be on top of his game to defeat the impressive American-based Russian, who has 19 KO’s from his 21 wins.

However, the Cefn Fforest man says it is the kind of fight he has been craving and the opponent will bring out the best in him as he looks to be involved in the big crowning fights with the likes of fellow division title holders Bernard Hopkins and Adonis Stevenson.

Unbeaten Kovalev, 30, is the mandatory challenger for Hopkins’ IBF light-heavyweight belt, but opted to fight Cleverly for his WBO strap when the American’s team stalled on negotiations and he still has big ambitions of  his own of facing Hopkins. This is without doubt a potentially career hard fight for Cleverly or ultimately a career defining or break out show, that will really get the world to look up.

Kovalev is a fighter who has been wowing the American audiences with some knockout performances since he burst on the scene in August 2009 with a 1st round KO. In his last fight he blew away big punching Cornellius White in the third round, but he has never faced anybody has good, fresh and primed has this determined British world champion, and Cleverly is confident he will pull of the win in front of his Welsh fans in Cardiff and take Kovalev out.

“Its important I don’t give this guy any free shots, don’t get reckless or clumsy with my defence. so I’ve got to stay focused throughout the twelve rounds and just apply my game plan, not fluster under the pressure of his big attacks, just do my thing and I’m sure i’ll come out victorious.

“Kovalev is a real danger-man, but I’m gonna prove I’m a top genuine world champion and I’ll take this guy out.”

Watch the video above for the full interview with Cleverly