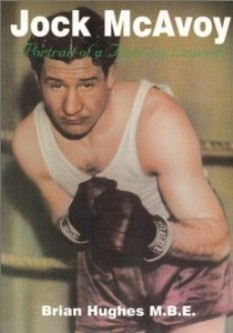 Where have all the boxing nicknames gone?

In the far off, distant times when bare knuckle prizefighting was at its peak, sluggers – they were rarely boxers as we understand the term – would come to the ring with a nickname designed to drum up some interest. Today we would call that the hype. Champions of England included such figures as; William Perry whose ring moniker was “The Tipton Slasher” and Bill Stephens, who went by “The Nailer”.

Once the Marquis of Queensbury had codified his rules and the modern era was ushered in, boxers retained the habit of generating hype by ennobling themselves with an imaginative title. The pugilist who best exemplified this phenomenon was Jack “Kid” Berg, who also used the tag; “The Whitechapel Whirlwind” to create interest. This old school moniker accomplished two things: it acknowledged his birthplace and told you something of his fighting style. Jack Berg went over to the USA at the height of his powers and cut a swathe through the leading light weights and light welterweights of his era; eventually going on to win the world title in the nascent 140 lb class. The Americans underestimated him, but his ring name should have told them all they needed to know.

Another East Ender of that era was Ted “Kid” Lewis, often referred to as; “The Crashing, dashing kid” – which, in retrospect, was a bit of a mouthful. Lewis usually weighed around the welterweight limit, but was good enough to mix it with the best all the way up to light heavy.

Cockneys could always be relied upon to come up with lively nicknames. Al Phillips was a featherweight who used the nom de guerre; “The Aldgate Tiger” in his highly successful career, which finished in 1951 with a 15 round loss to Blackpool’s Ronnie Clayton.

From the time of the First World War, and up to the period immediately after the Second World War, boxers often clung to the habit of acknowledging their birthplace and giving a hint as to their style. The foremost of these battlers was Jock McAvoy: “The Rochdale Thunderbolt” (pictured) who was at his peak between the wars. In a non-title fight with world middleweight champion, Ed “Babe” Risko, McAvoy bounced the American off the canvas like a rubber ball, before the fifth such assault prompted the referee’s intervention at 2 minutes and 48 seconds of the first round. The Americans then decided that it was their ball and they were going to say who played; denying McAvoy the title shot he so richly deserved. He later went the distance with world light heavy titlist, John Henry Lewis in a losing bid for honours at 175 lbs. (I have a tenuous connection to McAvoy: he used to buy his steaks at my grandfather’s butcher’s shop on the Rochdale Road in Manchester!)

But the award for the most imaginative and off putting nickname must go to the Welsh: a people renowned for their skill with words and poetry. World flyweight champ, Jimmy Wilde, had no less than three nicknames; “The Tylorstown Terror”; “The Mighty Atom” and, best of all; “The Ghost with The Hammer in his Hand.” Now that is what I call a nickname! Wilde achieved many things in his long career; one of which was a 103 bout winning streak. He also claimed the world title from Young Zulu Kid in 1916. Wilde was a great little man in an era filled with astonishing fighters. He fought in the flyweight division, which these days has an upper limit of eight stone. Nevertheless it is widely accepted that for most of his fights, Wilde barely weighed seven stone.

But somewhere along the way British fighters either decided that they didn’t need nicknames, or else they saddled themselves with aliases that were boring or downright misleading. I reckon that the two best in recent times both featured the word destroyer. Nigel Benn used the handle; “The Dark Destroyer”. Opponents knew in advance that Benn was not going to a fancy Dan. Herbie Hide styled himself; “The Dancing Destroyer”. But Vitali Klitschko must have had trouble translating that into Ukrainian. The good doctor tore Hide’s crown from his brow with clinical efficiency.

So I propose a return to the good old days of exciting ring monikers. They must comply with two basic rules: an acknowledgement of the place of birth, and an indication of a boxer’s style. So if there are any up and coming pros from any of these places, please feel free to help yourselves:

‘The Nottingham Nightmare’
‘The Henley Hurricane’ (Well we live in hope!)
‘The Croydon Crusher’
‘The Swansea Shotgun’
‘The Mile End Mauler’

I could go on, but the Old Man with the Scythe, Kid Time himself has brought a halt to the proceedings.