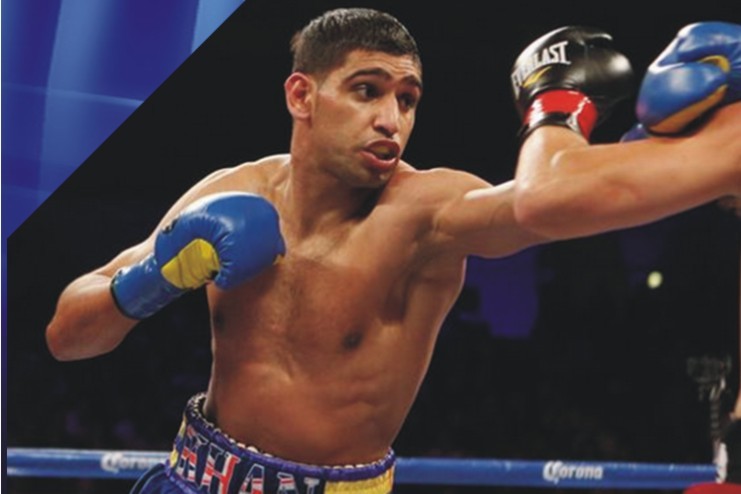 Amir Khan is ready to take on the worlds No1 pound for pound boxer Floyd Mayweather Jnr on the 3rd May next year at the MGM Grand in Las Vegas according to sources, although official confirmation hasn’t come from either camp yet.

Former light-welterweight world champion Khan from Bolton had been set to take on IBF welterweight champion, Devon Alexander, but it now seems that a fight with Mayweather was offered after Khan (28-3, 19 KOs) was short-listed and it was an opportunity that couldn’t be turned down. Alexander will now face Zab Judah.

Unbeaten Mayweather recently extended his record to 45-0 with a convincing points victory over Saul ‘Canelo’ Alvarez, that fight was made at 152lbs, catchweight, although a clash between Mayweather and Khan would be at 147lbs with the American’s WBC welterweight belt on the line. This would be Mayweathers third fight under his new Showtime TV contract and a fight with Khan will certainly grab the attention amongst fight fans.

Khan would go into the fight has a hugh underdog and rightly so, Mayweather is not only the current best fighter on the planet, he is being considered by many has one of the best of all time. Khan would have to cause one of boxing’s biggest upsets and the bookies say he cant! Any money backing Khan to cause the upset would be rewarded well, check out the betting odds here for the fight.

It is the fight that Khan has dreamed about and he has often mentioned Mayweather when asked what his ultimate plans entailed, he has always chased the top man and is convinced he has the style speed and youth to cause ‘Money’ troubles and recently spoke about how he would tackle Mayweather if he ever got to face him.

“Styles make fights, with a style like Floyd Mayweather and myself, it would be a very technical fight.” said Khan.

“You know all these fighters who fight Floyd Mayweather, if you haven’t got hand speed there is no point being in the same ring with him because your just going to be perfect and suit what Floyd wants.

“I think the way of beating Floyd is by having hand speed an explosive style, in and out footwork and great movement.

“At times Floyd likes to come forward, he’s a great pressure fighter as well which people don’t give him the credit for.

“But I really think the way to beating Floyd Mayweather is hand speed, you know hitting him with shots that he doesn’t see and also just working him hard.”

More information on this fight will follow, top boxing record website Boxrec also added another stamp of approval to the fight by listing Mayweather as Khan’s next opponent too.