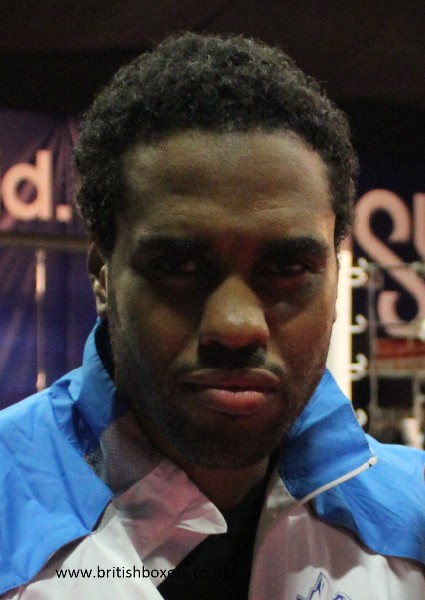 Former world title challenger and one of slickest heavyweights of modern times, ‘Fast’ Eddie Chambers, has been over in Belgium at the Team Fury camp, helping British heavyweight contender Tyson Fury prepare for his September 28th fight against David Haye.

American Chambers, 31, challenged Wladimir Klitschko for the world title in 2010, but after a great effort against the Ukranian champion, he was knocked-out in the last round with just seconds to go. since then Chambers has has three fights, one win and two tight decision losses, but he is looking to get back to winning ways and still has plans to get to the top. We caught up with Eddie while over at Camp Fury in Essen, where he has spent the last three weeks sparring with the Fury’s.

“I’m here with them working with them and what I’ve seen of Tyson, as good as David Haye is, It’s going to be very very difficult to do some of the things he does well against a guy who’s big and does what he does.

“Tyson isn’t shy of throwing punches, he has a lot of heart, he’s very determined and driven to be the best fighter he can be, as all of us should be when we get in there and It’s very difficult for me to see the fight going any other way than a Fury victory. However this is boxing and things happen, there is always a fifty fifty chance and a fighter like Haye who is as good, athletic and talented as he has shown and proven to be you never know what can happen. However, I believe in myself and I know I’ve been having an heck of a time getting to the guy (Fury in sparring) and I don’t say that about many fighters trust me.” added Chambers.