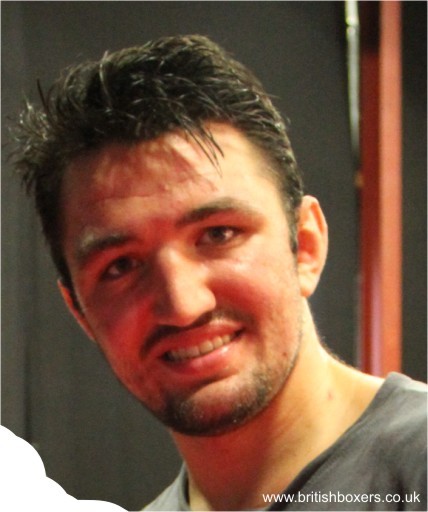 Hughie Fury is still only 18 years old, he only turned professional in March and has had 8 fights to date. His next opponent will be former British cruiserweight champion Shane McPhilbin on Saturday night (September 14th) at the Magna Centre in Rotherham.

“It will be a good fight, it’s a tough test, he’s been a British champion before, but I’m there to win and I’m happy that he took the fight Shane McPhilbin. He’s had plenty of notice and we’ll have a good fight.”

Fury has another fight set up for the 28th of September and hopes to fight every week if he can! But first he is looking forward to going a few rounds with McPhilbin and believes the Bulwell man is a good opponent at this stage of his career.

“Hopefully he will give me a few rounds and I learn my trade properly. That’s what I’m just doing now, stepping up my opponents, I’ve got another fight on the 28th and I’m just working it through like that.” added Fury.

Locked away at his training camp in Belgium, The Mancunian heavyweight has just shaken off a virus while in preparation for this fight, and says there isnt any distractions to take his mind off getting prepared for battle. “All you do here is live, eat, drink and fight. In the gym everyday, spar everyday, train everyday no matter what. It is hardwork but I’m away from the distractions of home.”

Fury as per usual has been training and sparring with his cousin Tyson Fury, who takes on David Haye on the 28th of this month in Manchester. Hughie talks about Tyson’s chances against Haye and also talks about the possibility of beating Mike Tyson’s record by becoming the youngest ever heavyweight champion before his 21st birthday.