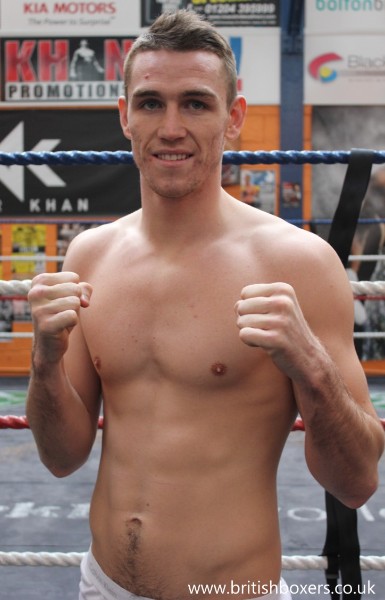 Liverpool super-middleweight hotshot Callum Smith continued his rapid rise through the professional ranks, stopping veteran campaigner  Ruben Acosta in the sixth round to win the WBC international title on Saturday night in Sheffield.

Smith, 23, having his 9th fight, had ended his six previous contests in the first round and in his last fight before this, he became English champion when he stopped Patrick Mendy.

Featuring on the Kell Brook-Vyacheslav Senchenko undercard, Smith is a fine specimen of a super-middleweight, standing at 6′ 3″ he towered over his Argentinean opponent and again the Liverpool lads power was evident, dropping Acosta twice with a lovely selection of shots to head and body to end a fight he had dominated from centre ring.

Promoter Eddie Hearn was giving Smith the younger a good old test here against Acosta, an experienced veteran of the game, experienced, reigning South American champion and former two time world title challenger. Smith was given one or two different puzzles to work out with Acosta using all his experience and Smith had to be switched on all the time and did get tagged a few times, but he eventually prevailed in style. The left hook to the body that eventually felled Acosta was painfully text book.

Acosta, coming into the fight on a three fight winning streak was a tough man and soaked up a lot of early shots from Smith, whose good defensive work, saw Acosta’s shots bounce off him. Smith showed good patience and when the time was right he exploded with hurtful accurate combinations and the body shots were nearly doubling Acosta in two.

Smith was a terrific amateur, he has stellar pedigree behind him and has all the attributes to make it to the top. A dedicated, live for boxing type character, nicknamed ‘Mundo’ Callum is the youngest of the Liverpool Smith brothers, current British champions Paul, Stephen and Liam and if you listen to some respected opinions in the sport they will tell you he is the best of the lot, in terms of talent and potential, and the first people to tell you that are his three brothers.

‘The Fab Four’ history making boxers are a unique fighting bread, what they are achieving is unrivalled in British boxing and they are a credit to the game.

With three older brothers of that ilk and father Paul a boxing man, Callum’s destiny was written and the knowledge he has accumulated, passed down or subconsciously acquired by being around boxing from birth, have all gone into creating a talent that we can start to get excited about.

Callum Smith and his trainer Joe Gallagher speak to Kugan Cassius for iFilmLondon after the fight.