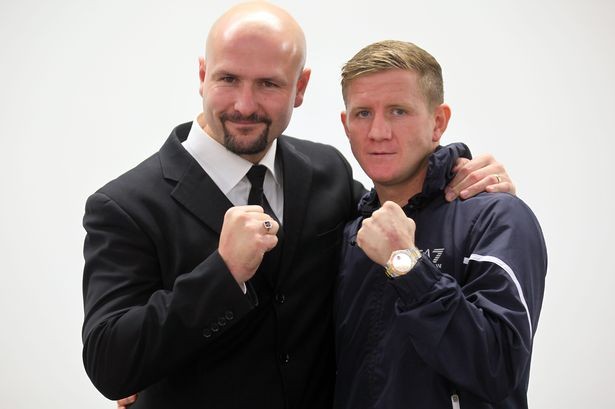 North East boxing prospect Bradley Saunders is due to face tough opposition in Krzysztof Szot when they meet in the ring in Gateshead this month.

The six round contest takes place on a combined Wraith and Warren promotions show on November 22nd in Gateshead Leisure Centre and will be televised on BoxNation.

This will be the first time that the 2008 Beijing Olympian has fought in his beloved north east area for almost a decade. Speaking from his Marbella training camp Bradley Saunders said: “To finally get my debut in the north east is just incredible. The support I always receive in my fights is incredible but to finally get to fight closer to home will be amazing for me.”

Talking of his opponent, Saunders said, “Got a tough fight up north against well respected Krzysztof Szot of Poland, but I’ll be ready.”

The soon-to-be warring pair share an impressive stat in that they both stopped tough Slovakian ‘Little Dragon’ Ivan Godor in the third round of their contests.

Saunders’ Polish opponent has only suffered one knockout in his entire career to Felix Lora in their second fight, the preceding encounter resulting in a draw. The 35 year old from Poland has taken both Chad Gaynor and Tyrone Nurse to the distance in the previous two fights in September and October this year, losing on both occasions to the talented British prospects.

Saunders further commented “He fought Tyrone Nurse at four days notice or something. He fought Chad Gaynor with a weeks notice, obviously he’s fighting me with four weeks notice so I’m saying the north east is in for a good fight.”

Szot, in February this year, narrowly missed out on being crowned EBU-EU lightweight champion when he lost on a mixed decision to Brunet Zamora in Italy. The victor, with only one professional loss, has defended the title successfully already by a ninth round KO over Massimiliano Ballisai five months later in July.

Saunders’ opponent will be a tough test as many boxing fans and critics will expect it to be following two explosive years in the professional scene that now has him ranked 17th in the welterweight division in Britain.

Saunders has received much acclaim since demolishing Gareth Heard in just four one-sided rounds in October this year and many watchful eyes will be expecting to see a continuation of brilliance from the County Durham star.