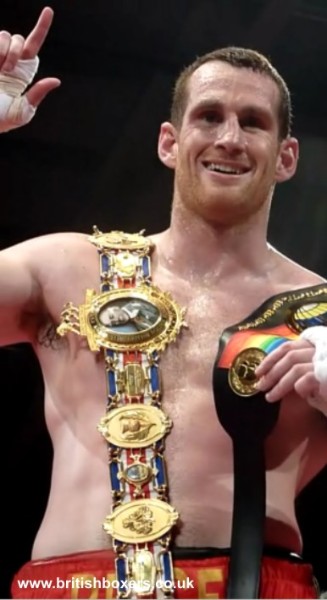 British heavyweight champion David Price will look to re-build his career after two back to back defeats to American Tony Thompson and has signed promotional terms with German outfit Team Sauerland.

Brothers Kalle and Nisse Sauerland announced they had signed the Liverpool heavyweight last week and Price is confident he can get back to winning ways and go on to achieve his ambition to be world champion under their guidance.

Price, 30, has also employed the services of a new trainer in Adam Booth, long-time trainer of David Haye and believes everything is now in place to finally fulfil his ambition and early career promise.

“I’m excited to be joining Europe’s biggest promoters,” said Price, who was a free agent after his promoter Frank Maloney decided to retire.

“Kalle and Nisse are great blokes and I am looking forward to working with them. This is a fresh start for me.

“I can’t wait to get back into action and with a new team around me I feel I can pick up where I left off and become a world champion.”

Price had been trained by Franny Smith in Liverpool, but will now be trained in London by Booth, who he believes can help him realise his true potential. “To begin with I contacted a handful of world-class trainers and asked Adam if I could have a chat and perhaps get some advice,” said Price.

“When I first turned pro I was signed by Hayemaker and only left because of the television situation at the time. Adam pointed me in the right direction after that – and advised me to go with Frank Maloney – and I’ve always valued his opinion.

“So, after a brief chat, I brought up the idea of him possibly training me and we decided to have a meeting. I assumed he wanted to see what kind of frame of mind I was in.

“We did a few sessions together just to see how it would work, and he then agreed to train me. I was made up about that because I know Adam is very selective when it comes to choosing fighters to work with.

“I’ve got a good feeling about this move, and truly believe Adam is the man to bring out my true potential.”

Kalle Sauerland, who was schooled in England and has also worked with Haye and Booth in the past, expects Price to put the Thompson defeats behind him to become heavyweight champion of the world.

“We are thrilled to welcome David to our team of champions,” said Kalle Sauerland.

“He is one of the most exciting fighters in the most spectacular division. We firmly believe that David Price has all the necessary tools to become heavyweight champion of the world.

“His power is frightening and his size formidable, but in addition to this he is a genuine boxing talent. Personality wise he can become one of the big UK sports stars, no doubt about it.

“He is genuine and sports fans love genuine characters.”