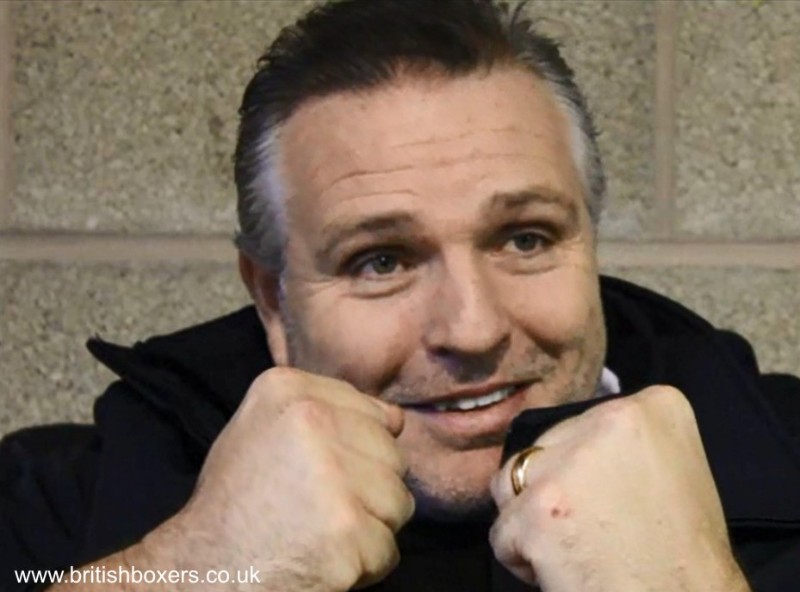 Peter Fury the uncle and trainer of unbeaten heavyweight contender Tyson Fury has has denied the boxer has retired from fighting and will be back in the ring after having Christmas off in the light of his fight against David Haye being called off for a second time. The pair were set to go head to head on February 8, at the Manchester Arena after the original September fight was postponed when Haye suffered a cut eye in sparring. The contracts were signed for early next year, but again Haye was forced to pull out after having shoulder surgery, putting paid to Fury’s biggest fight and frustrating him to the point, he announced his early retirement after becoming despondent with boxing.

Our Full uncut video interview with Peter Fury is below this post.

The 25 year old Mancunian had taken to Twitter to tell his many followers that he’d had enough and was retired with effect. The announcement came just days after David Haye had announced his own plan to retire following shoulder surgery.

In his tweet, Fury said: ‘Hi every1 I have officially retired from boxing. There’s to many bent people in the sport. They will have to f*** some1 else. Good by boxin.’

He went on to add: ‘Just to confirm I’m not in a bad mood or anything. I’ve retired 1000000% no matter what ill never fight again! the Tweet accompanied with a picture of a glass of lager, suggested the unbeaten heavyweight was drowning his sorrows after feeling conned out of the biggest fight and purse of his career.

Peter Fury however assured BritishBoxers that his disappointed nephew would be back in the ring soon and adds that a fight with Deontay Wilder is a fight they want, if it can be made and enough money can be raised through TV to pay the boxers a reward that matches the risk they will both be taking, in what he describes as a ‘crossroads fight’

“I can understand it is very frustrating for Tyson, he’s a young fella, he’s put his heart and soul into it and we were hoping to get this fight going.” Peter Fury told www.britishboxers.co.uk

“He’s had a year out of the ring, he feels like he has been conned, so his mind will be doing overtime to be honest and it’s natural he’s going to come out with phrases like that.

“The rants on Twitter don’t mean anything to me, I know my nephew and he will be fighting again. He is very disappointed, but he’ll have a rest now over Christmas with his family and then we’ll look for bigger and better things.”

“He is despondent with all the politics and rubbish in the back-seats, but Tyson shouldn’t let himself worry about that. That’s for me to clean the shit off his shoe. Tyson is a fighter and all he has to worry about is fighting.

“Tyson knows nothing else but fighting, what’s he going to do get a job? Look the kid loves to fight. He’s just frustrated and I cant blame him. But myself and Mick Hennessey are working around the clock to get him the fights he needs.” added Fury.

On a potential fight with Deontay Wilder?

“If Richard Schaefer wants Wilder to fight Tyson Fury, put his hand in his pocket or better still go to his boss Golden Boy and ask them if they will fund it.

“Well Golden Balls, Schaefer (Richard) has had plenty to say, ludicrous comments out of his mouth, Tyson’s terrified in newspaper article he give. He’s said; ‘I think all the phone lines have gone dead in England, because they haven’t called back, because they know very well that Deontay is going to knock Tyson spark out in a round or so, we don’t want it! What shit is coming out of his mouth?” Fury went on to say.

“You know someone must be up his arse ten mile, just because he’s connected to Golden Boy and he thinks he can say what he wants. He’s offered David Haye eight something million dollars he says!

“Wilder and his trainer Diaz, they spoke perfect sense. Jay Diaz said, the fight is just has big has David Haye.

“They are two massive heavyweights, they’re up and coming, Wilder is unbeaten in 30 fights, with 30 KOs, and that’s impressive to say the least.

“Deontay Wilder is well known over here, everyone talks about him so it’s a genuine 50/50 fight. So Diaz said, if they are going to pay-per-view Haye, they should pay-per-view Wilder, because it’s going to generate just as much interest and maybe more.

“So we have been speaking to Sky and they are considering it still and whether it will be pay-per-view, they said it would have to be a very good undercard, so you know that’s where we are.

“So when Schaefer says we never got back in-touch with him? How do two heavyweights with everything to lose expect to be paid? If the TV ain’t paying them, who is going to pay them?” he added.

“Tyson is now at this level, his time has come to take on whoever the best is, but obviously the reward has got to outweigh the risk, it’s a business as well and I’m not talking just for ourselves, I’m being totally open and straight and I mean for Wilder’s side as well. But for Schaefer to come out with all this nonsense is rubbish.

“So what I say to Schaefer is this; You offered David Haye $8-million, we will take considerably less! He’s the man with all the money, he’s got the contacts, so we don’t need to run around and ask Sky and waste our time having cups of coffee and sitting around in meetings for a load of shit.

“If he thinks Wilder is so confident tell him to pull up some money and we’ll get it on and we’ll have it anywhere they want it. But please don’t tell me that my family is worried about being knocked-out, we are boxing people.

“I’m not in this for money, I am in this game to help my nephew and son (Hughie Fury) where they need to be, world champions and to go down in the family history having done something great, money is a side issue for me.

“If Schaefer wants Wilder to fight Tyson Fury, put his hand in his pocket or better still go to his boss Golden Boy and ask them if they will fund it.

“We are still trying we have meetings on, we are putting this card to Sky and we’ve contacted other networks and we’ll see what we can generate

Peter confirmed that whoever Tyson fights next, it wont be on February 8th at the Manchester Arena which was booked for the Haye fight.

For the rest of our in-depth interview with Peter Fury with this and more, including his families fighting background.. And his damning verdict on Team Haye and the way they have gone about things regarding the ill fated fight that never was. Watch the video below for the full interview Exclusive to www.britishboxers.co.uk