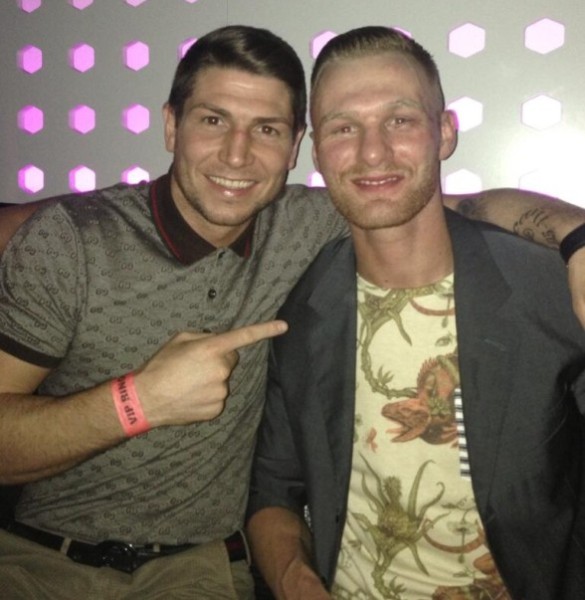 Unbeaten contender Jack Arnfield put on a measured display of boxing to outpoint veteran Max Maxwell over ten entertaining rounds at Blackpool’s Winter Gardens on Friday night. Arnfield dominated the contest with his good boxing skills and won every round with a score of 100-90 on referee Mark Lyson’s card.

“I thought I boxed the right fight and I’m happy with my performance, “Maxwell had nothing to trouble me, I just had to avoid his big swings.” Arnfield told www.britishboxers.co.uk

In his last contest Arnfield (17-0, 4KOs) had won the vacant British Masters light-middleweight belt outpointing Gary Boulden in March. Against Maxwell he was contesting the same title but up at middleweight.

At 6′ 2″ Arnfield is a big set lad and he looked in good shape and comfortable with the extra pounds and carried it well, he revealed afterwards he will now campaign at middleweight from now on.

The 24 year old Blackpool native who is trained by Bobby Rimmer in Manchester hopes to get a shot at a bigger domestic title and eyes the British crown within the next 12-months, believing current champion Billy Joe Saunders will move onto European level leaving an opportunity for the new bread to battle it out on the domestic scene.

“I’m staying at middleweight, I’m much more comfortable and felt great at the weight.” he explained.

“Hopefully I can get a bigger title shot in the next few months, I feel I’m ready to mix it now with the top fighters on the domestic scene. If an opportunity came up I would take a fight straight away. I’m fit and strong enough at middleweight so the sooner the better. I think middleweight is open and there for the taking. added Arnfield.

“Billy joe Saunders will soon be moving to European level and Martin Murry, Matthew Macklin and Darren Barker are all on the world scene. Looking at other fighters in the middleweight division, I think I’m more than capable of mixing with them right now.”

Arnfield is creating a bit of a stir now in the seaside town and is following in the footsteps of his good friend and gym mate Brian Rose the former British champion who is on the verge of a world title shot. (pic above) Arnfield topping the bill in his home town brought plenty of fans with him and was given the full razzamataz entrance by VIP Promotions who have another good boxer on their hands.

“My fans are just great, top fans they are and I’d like to thank everyone who came out to support me. They really create an atmosphere and I’m pleased that I put on a good show and I will be taking them with me to the top.”

Other results from Blackpool

Southpaw stylist Flanagan 24, is the former super-featherweight English title holder and was also Prizefighter champion last year. With an outstanding unbeaten record of 22-0, Flanagan is chomping at the bit for a big title fight, with the British at the top of his agenda.

Flanagan who has been fighting on promoter Steve Wood’s VIP shows, has recently signed a contract to feature on BoxNation and will have his next fight shown live. If you like your boxing text book and are looking for a new boxer to follow give’Turbo’ a watch. Once named the British Manny Pacquiao by former British and European champion Jamie Moore, Flanagan’s dedication to the game is admirable and he cannot be avoided for long.

“I felt I performed well in parts of the fight.” Flanagan told www.britishboxers.co.uk

“I think I could box better against a higher class opponent.

“It is hard to get up for these fights but it has to be done, I can’t take no opponent for granted.” added Flanagan.

Haroon Khan made it three wins from three professional fights when he outpointed Bulgarian Stefan Slavchev.

Khan, 22, brother of Amir, was messed about by Slavchev in a fight that got messy at times, but the Bolton lad stuck to his boxing and took the decision on points winning every round 40-36 – Follow Khan on Twitter: @harrykingkhan

Tomi Tatham Lost on points over 6 rounds to Lee Duncan

Adam Machaj knocked-out Deyan Mihailov in the 1st round