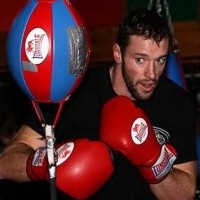 Maccarinelli to defend Commonwealth title against Fry at the Echo

Big-hitting former world champion Enzo Maccarinelli continues his march back to a world title when he makes his returns to the ring on Saturday 7th December at the Liverpool Echo Arena against Courtney Fry.

The Welshman rejuvenated his career in August with a stunning eleventh round stoppage of Ovill McKenzie to win the title in a brutal, all-action fight.

Liverpool star Fry was stopped by Maccarinelli’s rival Nathan Cleverly in eight rounds back in October 2009 and Big Mac will be looking to the job in quicker time as he aims to win a second world title.

“I’m looking forward to closing the year with another KO win and then look to 2014 for a second world title shot,” Said Maccarinelli.

“Fry is a good fighter and I hear that he’s in terrific shape already to fight me which is great news and hearing this has giving me the extra motivation to train even harder.  He’ll be looking to win the title in front of his home fans and will put on the fight of his life against me,”

“He took Cleverly eight rounds before he was stopped and that was only a few years ago and that was the last loss he’s had, since then he’s unbeaten in five fights.  I’d like to a job on Fry a lot quicker than Cleverly did, but I’ll have to check him out and if the opening appears early I’ll jump on him,”

“Beating McKenzie has really given me a boost as well. It was a hard tough fight, I dug deep and so did he, but my punching power came through and I showed that I’m dangerous in any round of a fight.”

The undercard will feature Ellesmere Port’s fast-rising lightweight Matty Fagan; top unbeaten Welsh talents Craig Evans (super-featherweight) and Liam Williams(middleweight) will both feature and making his debut for Queensberry Promotions will be Stoke welterweight Josh McLaren who will be looking to make a big impression.  Completing the card will be Edinburgh’s John Thain (light-middleweight), Manchester’sLiam Cullen (cruiserweight) and Ciaran McVarnock (featherweight).

Remaining tickets are available from the Liverpool Echo Arena Box Office on 0844 8000 400 or online at www.echoarena.com