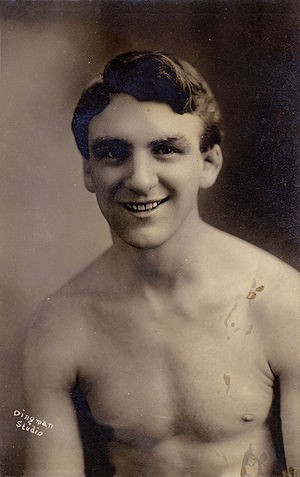 In the British Isles we are all invaders to a certain extent. Romans, Angles, Saxons, Jutes, Vikings and Normans (who were Vikings originally) have all tried to establish their pre-eminence whilst keeping the previous top dogs in bondage. Some of the oldest inhabitants of these isles were the Celts, who were, so legend has it, driven to the very outermost edges of Britain by successive waves of invaders and forced to make their livings in the tin mines of Cornwall, the windblown fringes of Scotland and in the precipitous valleys of Wales.

Wales has a population today of just over 3 million and its land area – much the same as it ever was – is around 8,000 square miles. With such an illustrious roll call of champions, it is safe to say, that for a couple of hundred years or so, Wales has punched well above its weight on the world boxing scene.

The list of Welsh boxers who have been world champions is far longer than you might expect from a country of its size. Slovenia is roughly similar in physical size and population, but I can’t think of a Slovenian world champion. (As ever, I am happy to be corrected.) The Welsh valleys were coal mining country in the days before that particular industry was deemed a suitable sacrifice to make on the altar of modern economics and market forces. Mining and boxing have often gone hand in hand: Jack Dempsey worked as a miner when not in training. I have never been down a coal mine, but I suspect that with their atmosphere of camaraderie and the constant presence of mortal danger, a mining community is a ready made hothouse for boxers.

Welsh boxers have sometimes been sluggers and have sometimes been elegant craftsmen. But from the earliest days of the professional prize ring there was something about the Welsh that guaranteed a good fight. The mean streets of Cardiff have also been a traditional cradle of champions and some of the finest Welsh boxers have come from the capital.

From the earliest days of the twentieth century Welsh boxers made the principality proud. Freddie Welsh (pictured), born in Pontypridd was one of the most illustrious and one of the busiest. Welsh held the world lightweight title from the first time it was contested as such in 1914 until 1917 when he lost to the incomparable Benny Leonard: rated by many as the finest lightweight of all time. I am unaware of there being a film of Welsh’s life story, and if there is not one, there should be. He was born into fairly affluent circumstances and was an early exponent of vegetarianism. He learned his trade not in Wales, but in the USA and at a time when fights could be scheduled for 20 rounds and decisions could be given, not by referees, but by sports journalists at ringside, he faced some of the best in the business. Boxing historians will recognise on his record the names of Ad Wolgast, Battling Nelson and Rocky Kansas (one of the first boxers to popularise the Rocky nickname.)

Most of the Welsh boxers of note have been little men and none were littler, nor more worthy of renown than the incomparable Jimmy Wilde. Known as the Ghost With A Hammer In His Hand or The Mighty Atom and occasionally the Tylorstown Terror. Wilde seldom weighed much over seven stone. Forced by his diminutive stature to give away weight, he found the best solution to his lack of mass was simply to knock his man out. This he managed to do 99 times in a career that had 149 official fights. In the days before the internet and global mass communications, it was, however, easy to fight under an assumed name and in venues that were not always governed by sanctioning bodies: the boxing booths at travelling fairs were a prime example of this scenario. In total, it is often reckoned that Wilde had in excess of 400 fights by the end of his illustrious career.

Between the two World Wars, Tommy Farr of Tonypandy in South Wales was the foremost Welsh boxer. In 1937 he gave legendary World Heavyweight Champion, Joe Louis all he could handle for fifteen rounds, in a bout many thought the Welshman was unlucky to lose. Louis often cited Farr as being his toughest opponent and legend has it that after shamefacedly allowing his hand to be raised in victory, he quietly confided to Tommy that he thought the title should have gone back to Wales on that night. Farr then lost points decisions to Jim Braddock and Max Baer and enjoyed somewhat mixed fortunes after that. He retired in 1940 but poor finances compelled him to return to the ring ten years later. With his best years well behind him, he was still good enough to win the Welsh Heavyweight Title. He finally retired for good after losing to Don Cockell.

In the sixties, Howard Winstone won the world featherweight title after beating Mitsunori Seki of Japan for the vacant WBC crown. This was Winstone’s fourth attempt at the world title; the other three all involved losses to Mexico’s Vicente Saldivar. Unfortunately, Winstone lost his title in its first defence against José Legra of Cuba and promptly retired. (A film was made of the life story of Howard Winstone, entitled “Risen”. If you haven’t seen it. I can recommend it. In one scene the doormen at a club include Tim Witherspoon, Steve Collins and Leon Spinks!)

I am going to finish part one of this article in the sixties, as I know that people are busy. I will document the rise of Welsh boxers from more recent history in further articles. By that time, maybe the man they are calling the Welsh Floyd Mayweather, Lee Selby might have added a world title to go alongside his current Commonwealth crown.