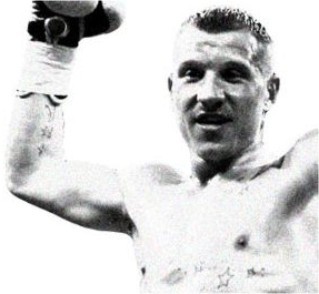 It has all the makings of a real Christmas cracker!

Black Country boxer, Welborn, has been in impressive form since stepping up to light middleweight. The 27 year-old convincingly beat Poland’s Tomasz Mazurkiewicz in June before being crowned British Masters champion thanks to a points victory over Max Maxwell in September.

Birmingham’s Carruthers is the current Midlands Area Champion after picking up the then vacant strap with a convincing points victory over Steve Spence last month.

“It’s our Christmas gift to Midlands boxing fans,” said Promoter, Errol Johnson. “This is the one people have been asking for.

“Jason and Terry are both well respected and popular fighters. They’re both come-forward fighters and, with a belt and a shot at the British Title up for grabs, it’s going to be a festive fight fest!”

Tipton featherweight, Lee Glover, takes on the ever-green Kristian Laight. ‘The Tipton Slasher’ made a welcome return to the ring in September following a near two-year absence and has recovered from the chest infection that ruled him out of action on EJKO Promotion’s recent ‘Double Trouble 2’ show.

Birmingham’s Karl Wiggins will be looking to build on his professional debut victory over Jamie Zaszlos last month when he takes on the experienced Matt Seawright.

Completing the card is Birmingham light welterweight prospect, Michael Rooney. The 24 year-old made it a hat-trick of professional victories on Saturday evening with a comfortable points win over Ben Morrish. He faces Brummie veteran, Sid Razak.